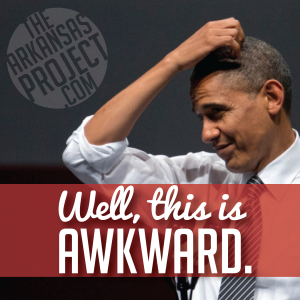 A new report released by the Obama White House last week reveals the extraordinary taxpayer savings created by the states that are declining Obamacare’s Medicaid expansion — and how much expansion states are costing taxpayers.
By not expanding Medicaid, 24 states are saving taxpayers $88 billion over the next three years. That is $88 billion that will not be added to the national debt — debt that will not be passed on to future generations of taxpayers. On the other hand, states that have expanded Medicaid through Obamacare are adding roughly $84 billion to the national debt through 2016.
Arkansas stands alone as the only Southern state to expand Medicaid. Our share of new deficit spending is $2.7 billion over the next three years because (believe it or not) there isn’t a giant, endless pot of money in Washington. In fact, every penny of Medicaid expansion spending adds to the national debt.
Of course the White House doesn’t categorize the expansion spending as “adding to the national debt.” They simply refer to it as a “net increase in federal spending.” But this statement by the Obama administration flies in the face of arguments from Arkansas Governor Mike Beebe and other Obamacare-expansion advocates who argue that expansion does not increase federal spending but instead keeps money here that would’ve otherwise been spent in other states — a notion that Beebe once said has “never been refuted, even once.” By rejecting expansion, states are indeed rejecting massive increases in government spending.
The White House staff — and Arkansas policymakers — are counting on Keynesian “stimulus” to help atone for the tens of billions in extra spending. But The Daily Caller’s Sarah Hurtubise was correct to point out that even if that growth comes to fruition (and there’s good reason to believe it won’t), there will still be a net loss for taxpayers:

But even the White House’s rosy projections leave taxpayers at a serious disadvantage. If every state gave in and expanded Medicaid and the White House is correct that total economic activity would be upped by $66 billion over the next three years — taxpayers would have paid out $22 billion more for their efforts.

All of this spending for a program that scientific studies have shown has no measurable impact on physical health outcomes. I don’t know about you, but I want my $84 billion back.