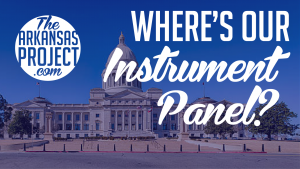 Arkansas policymakers are saddled with a revenue system that provides little or no feedback about how it’s working. This is like trying to drive a car at night without headlights, or like trying to fly a plane without an instrument panel.

Consider the array of tax incentives that Arkansas policymakers have enacted. As a recent Pew Foundation report noted, “Arkansas is trailing other states because it has not adopted a plan for regular evaluation of tax incentives.”

Arkansas legislators should demand across-the-board tax incentive review as a central part of the Tax Reform Task Force recommendations. Creating a process for reporting and review of tax incentives will ultimately help grow Arkansas jobs and protect our rural communities.

Tax incentives can be tricky, because it’s hard to tell if the tax incentive really causes the desired benefit. Would the factory have been built anyway? Were new people really hired? For instance, the $40 million a year InvestArk program was ended in 2017 due to its lack of identifiable job creation. Ending InvestArk was a significant step in making sure Arkansas tax incentives yield benefits. The Governor and legislature should be congratulated for ending this development program.

At the same time, many small and rural communities plead for expanding tax incentives that will allegedly spur economic growth. Larger corporations may threaten to move or close businesses without tax incentives. Some individuals may need incentives to train for or get a first job. For Arkansas legislators, it’s hard to make decisions when faced with such emotional appeals. There’s a strong temptation to manufacture more tax incentives. Once written into law, there’s no sunset or regular review of the incentive.

There’s already good research on how Arkansas can best do tax incentive review. Indeed, the Tax Reform Task Force has already been presented with best practices from the Pew Foundation. The Pew Foundation, a national think tank with a state budget focus, produced a report earlier this year providing specific guidelines for such reviews. When Pew looked at “How States Are Improving Tax Incentives for Jobs and Growth,” it found Arkansas trailing. Its ground-breaking survey looks at all state programs and recommends best practices in three steps:

Pew identified 28 states that have carried out at least one of its three recommendations on tax incentive evaluations. Of the 28, Pew recognizes ten states as leading in tax incentive evaluation, including two of Arkansas’s neighbors: Mississippi and Oklahoma. In fact, all of Arkansas’s neighboring states—Louisiana, Missouri, Mississippi, Oklahoma, Tennessee, and Texas–are taking some steps to evaluate tax incentives. Arkansas is the only state in our area that is trailing; we’ve done none of the three steps. The “trailing” category is not where Arkansas needs to be, especially if legislators intend to support long-term economic growth.

The 2017 Pew report recommended that Arkansas select an entity to do such reviews, most likely the Division of Legislative Audit. An alternative is to hire an outside consultant for the review, which is what Oklahoma does. Oklahoma hired the PFM group to do such annual reviews. PFM might be seen as a bit self-interested, in that it’s also the Oklahoma contractor. However, the fact that an independent entity such as Pew makes the same recommendation gives greater credibility to PFM’s recommendation. And legislators have other options besides an outside consultant, such as designating the Department of Finance and Administration, a university department, or the Arkansas Economic Development Commission. All of these entities perform such reviews in other states.

I’ve emphasized the Arkansas-only discussion at the link, but I hope interested parties will look at Pew’s entire May 2017 report. Pew doesn’t rank the states, but instead places them in three different categories: trailing, making progress, and leading. However, Pew is willing to judge the quality of the tax reports by various states. Like a good restaurant reviewer, Pew doesn’t rank the entire operation; instead, it provides thoughtful commentary on their dishes. When Pew looks for a rigorous assessment report, it’s not just a nice word to keep its clients happy. Arkansas’s tax incentive reports, for instance, were described as “too technical and abstract to provide valuable guidance.” In fact, Pew states that current “reports still yield valuable information but do not provide lawmakers with the policy-level information they need.”

Pew does highlight positive actions in other states, such as those in Oklahoma. Pew finds that “Oklahoma’s approach has succeeded in producing clear policy recommendations in part because a state commission identifies the goals of incentives and what the private consultants should measure to determine whether those goals have been achieved.” Thus, Oklahoma succeeds because the policymakers determine goals, and how to measure such goals, in tax incentives.

The PFM Task Force consultant recommends this three-part tax incentive review model with the May 2017 Pew Report as his policy source. Pew has provided an excellent resource of detailed descriptions of other state programs, and their staff is willing to come to Arkansas for further discussion. The Tax Reform Task Force should delve further into Pew’s three recommendations: make a plan, measure the impact, and inform policies. Pew offers a model for the Tax Reform Task Force to recommend how the legislative and executive branch could build the infrastructure needed for better decisions. These better decisions would use state tax dollars wisely to benefit Arkansas job and wage growth.