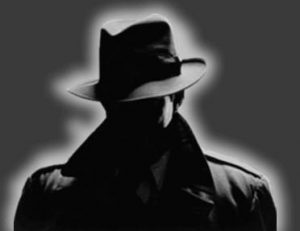 According to news reports — and a few campaign signs along northeast Arkansas highways — Steve Rockwell is the Democratic nominee for the special Senate election in District 21. However, without these two media, northeast Arkansas voters might not ever know that Rockwell was a candidate for public office.

As far as I can tell, Rockwell advanced through his primary and runoff while never providing a full-fledged interview. In fact, Rockwell didn’t even show up to the Senate debate that was hosted by the local newspaper, The Jonesboro Sun, several weeks back. Rockwell also declined to answer Family Council’s candidate survey.

And would you believe that Rockwell has also been unresponsive to interview requests from The Arkansas Project? Shocking, I know, but believe it or not, I’ve contacted his campaign multiple times. Once, I actually got a live person on the phone — his campaign manager Brian Richardson — and was told the campaign would be getting back to me. About a week has gone by; multiple additional inquiries via email have been ignored.

I guess the average Arkansas voter isn’t as curious about Rockwell’s policy positions as I am. This is a great setup for candidates — it lets politicians run for office without ever taking positions on the important issues of the day that involve limited government, free markets, and individual freedom. It’s not so great for the public interest. As for me, I’m pretty interested to know where he stands.

Since I haven’t been able to speak to Rockwell, I contacted The Jonesboro Sun to ask if they had any comments from Rockwell on policy issues. (They’ve also had difficulty nailing him down for interviews.) Their editor, Chris Wessel, emailed me and said they’d have some detailed coverage of both candidates in the coming weeks. I understand Wessel’s response to my question as a “no.”

Upon further research, I did find a few comments from Rockwell in the Democrat-Gazette archives. The interview focused mostly on social issues, although Rockwell did say he supports continuing the “private option” version of Medicaid expansion because “it’s the right thing to do.”

Go to Rockwell’s campaign website, if you’d like to learn pretty much nothing about where he stands on the issues. Sure, he’s got an “Issues” page, but it’s void of any substance, recycling the false claim that “Arkansas is 5th in education!” and the worn-out Obama 2012 campaign slogan — “Forward!” (This tired slogan is also currently in use by gubernatorial candidate Mike Ross; these guys aren’t very creative.)

The closest thing I see to an actual policy position on Rockwell’s website is a pledge to “work to eradicate the remaining tax on food.” The vagueness of this pledge has allowed Governor Beebe to posture on this for, oh, seven years, and legislative Democrats have been campaigning on this issue for what seems like an eternity — so you could say I’m less than impressed.

If you’d like to speak to Rockwell, you can send him an email on his “Contact” page — but you probably shouldn’t expect an answer. I tried that weeks ago. His phone number? No one seems to have it. Even the local newspaper could only supply his campaign manager’s number, and that won’t get you very far. (I don’t mean to imply that disclosure of personal phone numbers should be a prerequisite to public service. However, in a small state like Arkansas, it’s typical for many political candidates to provide phone contact information to the public.)

Keep in mind: Rockwell is running to replace a senator who was forced to resign largely because of issues revolving around transparency. If he were elected to the state senate, how transparent would Rockwell be? Based on his campaign performance — which is all we can really judge him on at this point — voters probably shouldn’t expect much.

Reportedly, Rockwell is scheduled to participate in a debate with his Republican opponent John Cooper at the January 3rd Northeast Arkansas Political Animals Club meeting. I guess that’s good — that way voters will have a whole four days to consider Rockwell’s policy positions before going into the polling booth (assuming Rockwell actually espouses positions).

It’s troubling to me when folks run for public office while appearing to avoid taking actual policy positions. When this happens, elected officials are given a “blank check” to do whatever they want once they are sworn in. This is a problem for a political system that rests on self-government and electoral accountability.

I have an “open-door policy” with Mr. Rockwell, as I do with all candidates I write about. If at any point he decides Rockwell wants to accept my invitation for an interview (as his campaign manager said he would), I’d be more than happy to give him some column space here on The Arkansas Project. Until then, I guess it’s up to the voters to make an effort to contact Mr. Rockwell for themselves to find out where he stands on the issues that face our state legislators. Good luck!

3 thoughts on “Where In The World Is Steve Rockwell?”