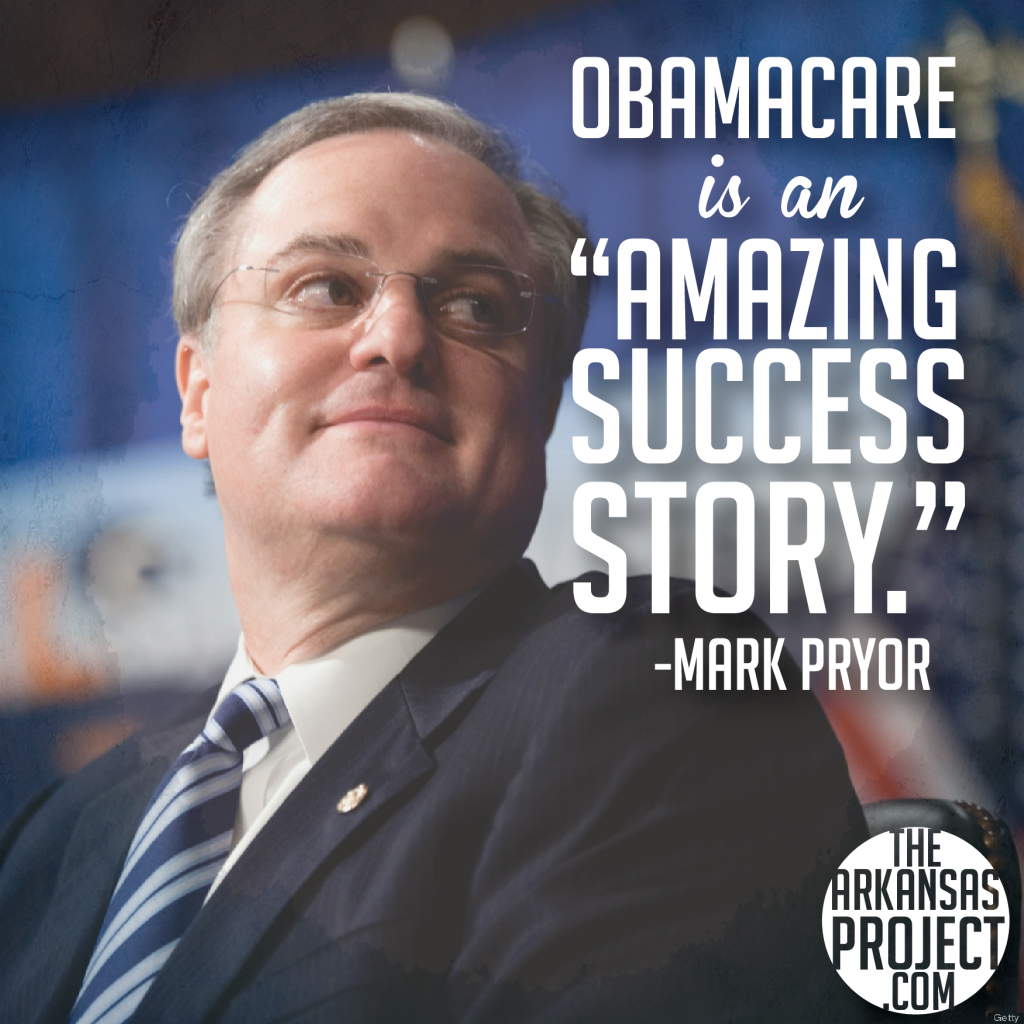 From the Washington Examiner today:

Mark Pryor, D-Ark., wouldn’t tell Politico whether he would vote for Obamacare again, sending an e-mail dodging the question and saying the law “isn’t perfect” and he would “work to make it better.”
It seems the Democrat — facing a tough re-election — is trying to gain favor with constituents by distancing himself from an unpopular law.
Except that Pryor has already said he would vote again for Obamacare — twice.
You might think Pryor has learned his lesson since the law’s disastrous implementation, but no, the incumbent senator said in February of this year, and again in April, that he would vote for Obamacare all over again.
On February 7, Pryor told the Pine Bluff Commercial, an Arkansas newspaper, that he would vote for Obamacare again. After being asked if he would repeat his vote, Pryor gave a long, rambling answer about the good things in Obamacare.
The interviewer said that the response sounded like a “yes.”
“Yes, I think on balance that would be a ‘yes,’ ” Pryor said. “Of course, if I knew some of the problems that were in it today I would have tried to fix those when we were drafting it.”

You can read the rest of the post by Ashe Schow here. Last August, Pryor referred to Obamacare as “an amazing success story.”
As you may have heard, a recent poll of this race didn’t bring very encouraging news to the Pryor camp; that could explain Pryor’s evolving position.