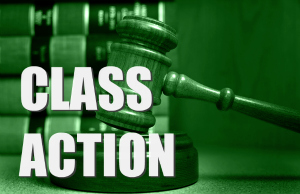 There’s a great article in this morning’s Wall Street Journal by Ashby Jones, and I don’t say that only because it profiles Ted Frank, the brilliant, handsome fellow who sends me a paycheck every month. It’s about the Center for Class Action Fairness LLC, the public interest legal program where I serve as senior counsel.

Here’s what we do. The idea behind a class action settlement is that a large group (a “class”) of people has been treated badly; the settlement is supposed to combine all the potential lawsuits into one master suit, compensate the class and end all related litigation. The center gets involved in (technically, “objects to”) bad settlements which betray the interests of the class.

After all, a bad settlement will accomplish little or nothing for the people that should benefit from it—the center has successfully objected to bad settlements that produce valueless or nearly valueless compensation for the class, such as coupons that require class members to do business with the offending defendant in the future in order to benefit from the settlement.

In the meantime, class action settlements often create huge paydays for the lawyers, who are supposed to funnel most of the benefits of the settlement to the class, but instead may receive payments of hundreds of thousands, or even millions, of dollars. The goal of the Center for Class Action Fairness is to ensure that the members of the class, not just their lawyers, are treated reasonably.

Bad settlements also harm you and me: every time a defendant agrees to a settlement and pays off the class and the lawyers, that money has to come from somewhere – and, presumably, defendants recoup the costs of bad settlements by charging higher prices. In short, the center’s work protects the welfare of consumers and the rights of class members that are betrayed by our legal system.

Here’s a snippet from the WSJ article (subscription required):

“Class actions have a place in our legal system, but right now they’re corrupt in so many ways,” said Mr. Frank, who in 2009 left a position at a right-leaning think tank, the American Enterprise Institute, to launch a new career as a litigator focusing on class actions. “Plaintiffs’ lawyers are getting rich without winning anything for their clients, and the consumers are getting ripped off,” he says.

Great piece, Ashby Jones! Of course, I suppose the article might have been improved if it had named the attorney who wrote the briefs and appeared in court to argue for three of the four court decisions you listed in the above paragraph – that person being, of course, me.

But I am very happy for the successes of Ted Frank and the Center for Class Action Fairness, because ensuring accountability in class actions is essential. And I’m very grateful for the paycheck the center sends me.