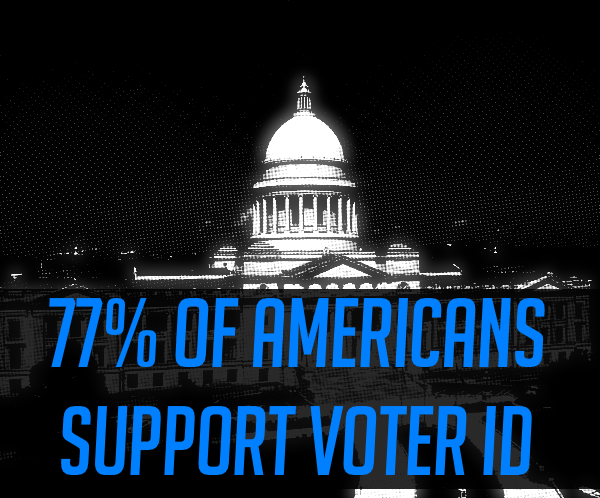 Two days ago, the Senate overrode Governor Beebe’s veto of the voter ID bill, SB2. The House was scheduled to vote on the override yesterday, but the vote was delayed. On Twitter, Rep. Stephen Meeks — who carried the bill on the House side — told me the vote was delayed due to a “LONG calendar.” A previous tweet from Rep. Meeks said the issue was not being brought up in order to allow legislators to get home early for Easter weekend. Perhaps, however, there is more to the story.

On Wednesday, House Speaker Davy Carter declined to say whether or not he would support the override. With a 51-49 party split in the House, his vote is needed to secure the passage of the law. When the bill originally passed the House, he did not vote.

Here’s what he told the AP on Wednesday:

“I’m going to go back and read the (attorney general’s) opinion and the governor’s reasoning on why he vetoed the bill,” he told reporters. “Fundamentally I think we’re down to the reasoning behind the veto, so I’ll look at that and see.”

This is an interesting comment, given that the Attorney General’s opinion said the bill would most likely withstand a legal challenge. As for the “reasoning behind the veto,” well, I’ve already pretty well debunked it.

The debate over voter ID has been waged since Speaker Carter first joined the House in 2009. During his first session, a voter ID bill was brought by then-Representative Bryan King to the House State Agencies Committee. It never made it to the floor, but Carter was on that committee.

In 2011, King brought a voter ID bill again. It made it through committee and to the House floor — Carter voted for it. It’s not clear why Speaker Carter now “needs more time” to consider how he will vote on this bill the third time.

Thursday, after the House delayed the veto override vote, Carter told the AP, “We had a busy calendar, we had a long week and I didn’t want to deal with it today.” Is he undecided and needs more time — or was the calendar too full? It isn’t entirely clear.

In response to comments from now Senator King that Carter is flip-flopping on the issue, Carter said, “For a guy who needs my vote, he sure isn’t going about it in a very good way.” I find it very troubling that Speaker Carter at least appears to be willing to sacrifice election integrity over a comment from King that he called “inappropriate.” Will he let a personal dispute derail four years of hard work towards fair elections?

If Carter fails to vote for the veto override, he’s not just opposing his own party or proponents of election reform in Arkansas — he’s opposing the overwhelming majority of Americans in both parties as well as Independents. A Pew poll released in late October showed that 95% of Republicans, 83% of Independents, and even 61% of Democrats support voter ID laws. That’s a total average of 77% of all Americans. Additionally, Rasmussen has released polling showing that majorities of women and minorities support voter ID as well.