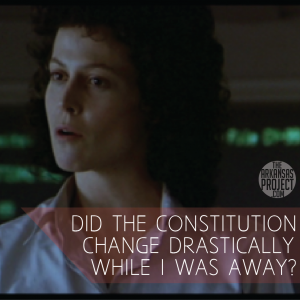 Intellectual consistency is apparently not a virtue of many opponents of HB 1228, the state’s proposed Religious Freedom Restoration Act.
If you haven’t heard about HB 1228 yet, it’s a bill passed in approximately 20 other states that says the government shouldn’t “substantially burden the free exercise of religion without compelling justification.”
Indiana passed a Religious Freedom Restoration Law last week. Arkansas appears poised to pass this law this week; it already has passed the Senate and made it through the relevant House committee earlier today.
Regrettably, opponents of the law have supplied arguments that appear unserious and desperate.
At the national level, we have a Department of Labor bureaucrat under President Obama calling Christians “Nazis” for supporting the same law that her boss voted for as State Senator in Illinois.
At the state level, we have Dean Emeritus of the Bowen School of Law John DiPippa.
In a recent op-ed in Talk Business, he criticized the Religious Freedom Restoration Act.
DiPippa said:

Legislation such as HB 1228 does religious liberty a disservice. We can disagree about how best to protect the rights of religious believers, but religious freedom restoration acts will not only cost the taxpayers and our government too much but they will further divide us. That does us no favors at all.

But in 2011, DiPippa actually spoke in favor of a Religious Freedom Restoration Act before the House Judiciary Committee.
Four years ago, DiPippa said:

In the end, the most important piece of this bill is not necessarily the lawsuit but rather the sensitization it would bring to government actors who would finally recognize the effect their actions have on religious liberty.

One thought on “UALR’s DiPippa: For Religious Freedom Before He Was Against It”