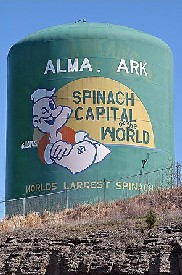 A new  Department of Parks and Tourism advertising campaign to promote tourism in the state will focus on destinations within Arkansas, rather than promoting the state as a whole, the Arkansas Democrat-Gazette’s Laura Stevens reports. (OK, reported Friday—I meant to post this yesterday.)

Say, wasn’t this the subject of a John Brummett column, like, two weeks ago? It sure was.

But I’m guessing those greedy advertising sharpies at Cranford Johnson Robinson Woods won’t cut Brummett in on the action any time soon. They’re probably walking around in their slick suits, acting like it was all their idea and pocketing fat checks, while poor Brummett will have to keep pounding out five columns a week for a pauper’s wage at Stephens Media. There’s no justice, I tells ya.

In a related note, last night I was watching Telemundo Univision (seriously, I love it) and saw a Spanish-language ad promoting vacations in Arkansas, which I’d never seen before. What was strange about it was that, other than translating the voice-over into Spanish, it didn’t appear they had tailored the ad to target a Hispanic audience in any other way. Unless people from Mexico fantasize about going antiquing in Hot Springs, in which case I learned something today.