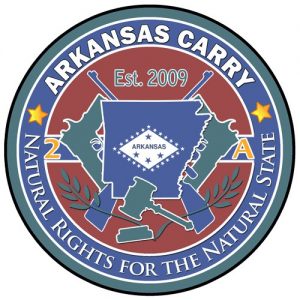 Well, this isn’t exactly what you’d classify as ‘breaking news,’ but it is certainly worth mentioning that, due to the great work of Arkansas Carry and conservative activists across the state, the city of Russellville has decided to withdraw a proposed ordinance that would’ve prevented concealed carry permit holders from lawfully carrying their weapons in city parks–and on all other city property.

Apparently, the city rents many of their parks from the U.S. Corps of Engineers.  In these parks, carrying is prohibited under federal law.  However, carrying is permitted in city-owned parks.  According to city officials, the proposed law change would have simply clarified the issue for concealed carriers.  In fact, however, the ordinance would have prohibited carrying weapons on all city-owned land.

There have been no reported shootings or accidents involving guns in these parks that I can find, but apparently someone got upset a few weeks ago when they saw a lawful citizen carrying in a park owned by the U.S. Corps of Engineers–the horror!  So, naturally, the city council’s response was to create the appearance of a serious problem in order to unilaterally ban guns from all city property.  This would of course make the parks “safer” and clear up all the confusion.  Somewhat of an overreaction, don’t you think?  Arkansas Carry and Arkansans from around the state certainly agreed.  They rose up in large number on Facebook, Twitter, and all over the web.  They called city councilmen, the mayor’s office, state representatives.  And, for once, freedom won.

Of course there are a few things that we, and the rulers of Russellville, can all learn from this situation:  First of all, concealed carry permit holders know their rights and they will make their voices heard if those rights are being threatened.  When this issue hit the web, gun lovers from all over the state rallied.  And they aren’t easily fooled either–CCL holders knew the reasoning coming from city leaders was flawed and that the ordinance was illegal.  I think this is a lesson that the rulers of Russellville have already learned.  Unfortunately for them, they had to learn it through a statewide controversy that played out in the media.

Another lesson:  One person’s mistake is never an excuse to vastly restrict the rights of others.  Just because one CCL holder mistakenly violated the law, that is no justification for such a massive overreaction.  Perhaps some new signs would do?  Or a list of gun-prohibited parks on the city’s website?  Or even a law that restricted carrying just in city parks?  Instead, they tried to outlaw carrying on all city property, an act that would’ve been illegal under state law. The city council’s attempted overreach made it very difficult for anyone to assume that their motives were entirely pure.  It smelled too much like a power grab; a solution to a nonexistent problem.  Their ‘solutions’ were unconstitutional and illegal.

Nicholas Stehle, a board member of Arkansas Carry, said, “We are pleased that the city council backed away from passing what would’ve been an illegal ordinance.  The people of Russellville made their objections clear and the council listened.  We hope that any other municipalities in violation of state law will correct their own ordinances quickly and restore rights to legally armed citizens.”

The work that Arkansas Carry did on this issue was truly invaluable.  The people of Russellville and the people of Arkansas should be very grateful for their commitment to freedom.  Hopefully this kerfuffle will serve as a good reminder to politicians across the state.