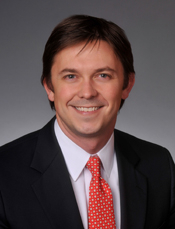 Speaker of the House Davy Carter has come in for some criticism on this blog in the past, but I want to compliment him for his latest transparency initiative: those who want to see what’s happening in the state House of Representatives can now watch current and past House proceedings on their tablets and smart phones. The updates to ArkansasHouse.org also include viewers to read the text of each bill that is under consideration.
Speaker Carter’s upgrades place the House far ahead of the opacity that characterizes the Senate. Senate leaders have continued to resist the transparency that the public gets with the House, although there are signs that the Senate’s resistance to openness may change in the future. (Emblematically, this morning’s Democrat-Gazette described a secret meeting of the entire Senate about the fate of the private option.)
Speaker Carter, and the legislators and administrators who helped expand transparency in the House, deserve appreciation for their work.