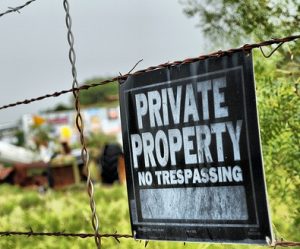 Yesterday, I took a field trip to the state capitol in Little Rock, as I often do, to see what our government was up to. I wandered into the Senate State Agencies Committee meeting in the Old Supreme Court room. Before my eyes unfolded a very interesting debate over private property rights.

State Senator Jim Hendren (R-Gravette) proposed a bill to provide Arkansans with some recourse against their government(s) whenever government action devalues their property by 10% or more. To be noted, SB367 would not change the actions of government in any way, according to Hendren. Rather, the practical effect of the bill is that government would be required to provide just compensation to citizens that it infringes on.

When state and local regulatory programs reduce the market value of private property and do not through their implementation abate a public nuisance affecting the public health, safety, morals or general welfare, it is fair and appropriate that the state or the locality compensate the property owner for the loss in market value of the property caused by the implementation of the regulatory program.

The bill also includes a “regulatory rollback” provision: if a city is found liable by a jury for damages, they can remove the damaging regulation as part of the compensation back to the affected citizen. This all sounds pretty reasonable, right? WRONG, according to several people who testified against the bill and three senators that voted against it.

In initial comments on the bill, Senator Robert Thompson raised concerns that it would open up a city in his district (Paragould) to liability because they require some bars to close at 2 a.m. while others are allowed to stay open until 5 a.m. Thompson seemed worried that this new law would open up the city to lawsuits from those businesses that are forced to close early. Senator Hendren replied by telling Senator Thompson that while he isn’t a legal expert, it is his understanding that a suit like that could be brought against the city under existing law — the proposed law has no bearing on that issue as it does not address government behavior, only citizen redress.

Senator David Johnson raised many concerns about the effect the bill would have on Lake Maumelle in his district, saying eminent domain decisions should be left to “local regulators” and the proposed bill would “greatly damage” local communities. Sen. Hendren reminded everyone once again that the bill would not change the powers of governments to seize property, but it would allow citizens to recoup costs for lost property or property values incurred by the actions of government. Apparently Senator Johnson was unsympathetic to this argument — he voted against the bill on a voice vote, then requested a roll call vote and once again voted against the bill.

There were several non-legislators there to speak against the bill — which I must admit was quite startling — but none more notable than Mr. Jim von Tungeln of Urban Planning Associates. Mr. von Tungeln told the panel of senators that he opposed the bill for various reasons, including the fact that “people love their cities” and that there’s nothing wrong with the current modus operandi.

But Arkansas Project readers should note: Mr. von Tungeln is on the payroll of nearly 60 Arkansas cities as a “planning consultant.” My hometown of Searcy pays him $3,000 per month to “plan.” If the legislature passes this bill, it will take some options away from Mr. von Tungeln. Indeed, paying citizens just compensation for the property that cities seize might cut into his paycheck. And it might make his job more difficult: instead of just bulldozing private houses — which they do in Searcy — he might actually have to consider the property rights of private citizens. Gasp!

Perhaps the most alarming comment from Mr. von Tungeln was his claim that SB367 would “haunt cities.” Are constitutional rights to private property that terrifying? Perhaps I misunderstood.

The last person to speak against the bill faced a question from Senator Eddie Joe Williams. In his comments, the opponent of the bill mentioned with horror that “adult stores” or sex shops that move into communities might be unfairly punished by this bill. Senator Williams then posed this scenario: imagine a retired person lives adjacent to the lot where the proposed sex shop is to be built. Then the city re-zones the property and allows the shop to be built, causing the homeowner’s value to plummet from $300,000 to $100,000 because of the presence of the store. Should that citizen not be allowed to petition the city for damaging his property value?

The opponent’s response: “No,” he said. The property owners should “violently oppose” the shop being built, but if that’s the decision that is made, they should “deal with it.” Breathtaking, isn’t it? Senator Williams was speechless as well, telling the gentleman he had heard enough.

Each one of you should take some time to read Senator Hendren’s bill for yourself. Don’t simply believe the hysterical claims you hear in the media or even from your city officials. Read the bill and educate yourself. When you do, you might be surprised to learn that the proposal is not radical at all. It does not prevent any government action, as Senator Hendren said in his testimony. It does not infringe upon local control or the powers of local governments. Rather, it upholds a basic American right to private property ownership and gives Arkansans redress against their government when it infringes too far, another core American tenet. How this idea is “haunting” is beyond me.

The bill passed on a voice vote of the committee. Senator Johnson then requested a roll call vote which was recorded and came down 5-3 with Senators English, Hickey, King, Williams and Stubblefield voting “yes,” and Johnson, Pierce, and Thompson voting “no.” The bill will now go to the full Senate for consideration. We’ll be following its progress.

3 thoughts on “The Tyranny of Property Rights”