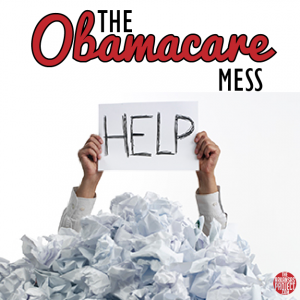 The 114th Congress was just sworn in, and already the members of the Arkansas Congressional delegation are dealing with the messy realities of ObamaCare.
Take the attempt to fix ObamaCare’s employer mandate. Current law forces businesses employing 50 or more full-time employees to provide health insurance or face a penalty. “Full time” is defined as working over 30 hours in a week. Critics of the law rightly point out that this 30-hour limit is a disincentive for employers to offer full-time work.
In response, over 160 members of Congress sponsored a law that would raise this limit to a 40-hour workweek. All four members of the Arkansas House delegation cosponsored HR 30, named the Save American Workers Act, and voted in favor of it when it passed the House of Representatives on January 8.
The intentions of these Congressmen are noble. They surely thought they were doing something to fix one of the many problems caused by ObamaCare. However, as Reason magazine’s blog Hit & Run explains, this legislation would make the problems caused by ObamaCare worse:

For one thing, it would make it more expensive. By rewriting the rules so that businesses no longer have to cover individuals working between 30 and 40 hours a week, the change would shift roughly a million people off of employer coverage. About half would then end up enrolled in coverage either through Medicaid or Obamacare’s subsidized exchanges. The public, in other words, would be picking up the tab. According to the Congressional Budget Office, the change would increase the deficit by about $53 billion by 2025.
In addition, it would probably not end the cutting or limiting of work hours in response to the law. Instead, it would shift the point at which the cutting and capping is done.  Rather than capping employees who might otherwise have worked, say, 30 or 32 hours, employers under this provision would have an incentive to cap hours for employees who work roughly 40 hours each week. That’s an awful lot of workers. As Yuval Levin noted at National Review Online last November, one study found that, amongst the large employers affected by the requirement, about 29 million work between 40 and 44 hours a week. Just seven million work between 30 and 39 hours.
The change, in other words, would make the law even more expensive and create even greater incentives for disruption of the workweek.

This legislative proposal highlights the larger problem with ObamaCare: there is very little Congress can do to fix the law. It is so fundamentally flawed that even bills like this, which sound good on the surface, are likely to end up exacerbating the worst features of the law.
The best thing to do with Obamacare is to repeal it. However, this is currently quite difficult. Any repeal attempt will face President Obama’s veto. However, so will any bill (like the Save American Workers Act) which attempts to tweak it.
This vote from the members of the Arkansas House delegation wasn’t the worst vote they ever cast. But it also wasn’t a vote that will fix any part of ObamaCare.