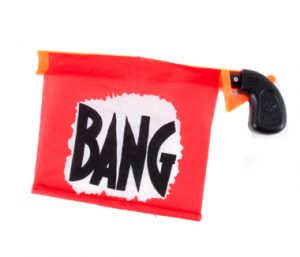 The following is a guest post from Brenda Vassaur Taylor and Joe Maynard, founders of Conduit For Action:
Remember the triggers? The part of the private option that was supposed to save Arkansas from disaster if the federal government wouldn’t do what it agreed to do? According to David Ramsey (Arkansas’s leading journalistic booster of the private option), the private option legislation “has various triggers in place to halt the legislation if the feds don’t hold up their end of the bargain.”
It turns out, though, that the triggers constitute just one more private-option broken promise. That’s because the only entity that gets to pull those triggers is, apparently, the federal government.
We’re amazed this hasn’t been reported yet; we think it’s one of the biggest Arkansas stories of the last 12 months. What this means, in a sentence: all the promises we heard from legislators — about how Arkansas could easily leave the program if the feds break their word — are about to be shown to be worthless.
David Ferguson explained how the triggers can’t be pulled in some detail to the General Assembly’s Public Health, Welfare, and Labor Committee two days ago. (Ferguson, the former head of the state’s Bureau of Legislative Research, widely respected by Arkansas legislators of both parties, now works with Conduit For Action as our government affairs director.)
Here, more precisely, is the way the triggers have been circumvented: the private-option waiver was approved by the federal government, but the federal government attached special terms and conditions to the waiver. Once Arkansas started implementing the private option, Arkansas thus became obligated to accept those terms and conditions.  It appears that those terms and conditions were never discussed during the debate over the private option, and it’s hard to avoid the conclusion that they were either misunderstood by or unknown to many private-option supporters – because the terms and conditions are in fundamental conflict with the promises that private-option supporters made.
You should read Ferguson’s memo. But here’s the bottom line, as we see it:
Arkansas law is supposed to automatically end the private-option program within 120 days if the federal government doesn’t hold up its end of the bargain. But: the federal terms and conditions Arkansas agreed to – such as notice procedures, appeal procedures, and alternate plan approval – will make it impossible to end the program within 120 days, even if the federal government breaks its commitment.
You might recall the kerfuffle a few months ago when AAI brought Heritage Foundation expert Ed Haislmaier to Little Rock to explain that no matter what legislation passed out of the Arkansas General Assembly, state law still couldn’t trump the federal laws that would block many proposed Arkansas reforms. What followed from that, Haislmaier said, was that the private-option tweaks to Medicaid expansion that some Arkansas lawmakers were proposing could not, as a matter of law, be realized. During the presentation, he was asked if he had read the latest amendment to the private-option bill, which was then exactly four days old: he then said he had not.  If you think for a moment about the previous two or three sentences, you can see that whether Haislmaier had read the latest private-option amendments was entirely irrelevant. Nonetheless, several state legislators immediately resorted to demagoguery over the course of the next few days, noting repeatedly and irrelevantly that they had actually read the bill and suggesting that AAI associates had failed to do so. (Mysteriously, this legislative demagoguery came to a sudden halt a few days later.)
What all this teaches us, I’m afraid, is that it doesn’t matter whether legislators read the bills or not. The relevant question is whether legislators understand them. In fact, it doesn’t matter if legislators memorize the bills word for word; what matters is if they know what the bills do. And with respect to some of Arkansas’s private-option advocates, it appears increasingly likely that they never did.