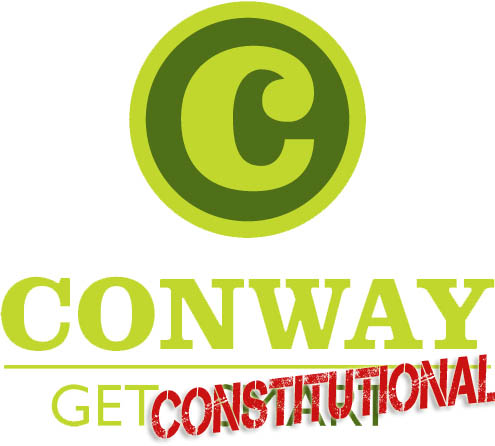 Last month, we documented the battle over Russellville’s attempt to ban guns from being legally carried on all city property. The battle ended in a colossal PR defeat for the city and a huge win for supporters of the Second Amendment. Now, just down I-40, the city of Conway has decided to try their own illegal restriction of gun rights.

The Conway city council, which meets tonight, plans to consider an ordinance that would prohibit gun owners from carrying in city parks. When asked directly by a Conway resident if this ordinance would apply to concealed carry permit holders, the city attorney Mike Murphy danced around the issue:

Obviously, the city cannot ban that which state law authorizes. The ordinance specifically references ACA 5-73-306 and the intent of the ordinance is to follow state law. As we discussed, the ordinance as drafted recognizes the authority of state law and would allow parks and recreation to administer its rules within that framework.

But ACA 5-73-306 simply lists the places it is prohibited to carry a concealed weapon–it does not authorize the city to add items to that list. In fact, state law specifically prohibits cities and counties from meddling with gun rights, according to ACA §§ 14-54-1411(b)(1) (regulating municipalities) and 14-16-504(b)(1) (regulating counties):

(A) A local unit of government shall not enact any ordinance or regulation pertaining to, or regulate in any other manner, the ownership, transfer, transportation, carrying, or possession of firearms, ammunition for firearms, or components of firearms, except as otherwise provided in state or federal law.

Conway Alderman Mark Vaught has been doing his homework on this issue and is working diligently to see the gun restrictions removed from the proposed ordinance:

I spoke with the city attorney yesterday who assured me that “this ordinance changes nothing – those who are legally licensed to carry may continue to do so.” My response was, “If it changes nothing, then why can’t we remove the language altogether?”

(Click on this link and scroll a ridiculously long way down to read the ordinance for yourself. Look for page 1C-5. It clearly does not make any exception for concealed carry permit holders within the text of the ordinance)

And as a legal matter, courts often understand the addition of new legislation as in itself adding something new or changing something in the law. In other words, from the perspective of a judge, if there is “nothing different” in the law and nothing changed, the city would not have passed the law in the first place. Therefore, they must have intended to change something. If this ordinance is implemented and challenged in court, this is bad news for the city of Conway–and Conway taxpayers who will pay the legal costs.

Alderman Vaught also said that state law was recently amended to specifically protect the rights of CCL holders to carry in parks:

Act 1110 of 2003 amended the list of prohibited places that concealed carry license holders could legally carry firearms and removed municipal parks from that list, thus permitting CCL holders to carry in parks.

He’s right. And as we’ve already established, it is illegal for cities or counties to try and subvert state law relating to carry rights.

Vaught told me that he doesn’t think that the mayor or city attorney are really trying to restrict the rights of concealed carry holders, but I think the alderman is being too polite: How else can the people of Conway interpret this massive overreach by their city council? City leaders have been informed that their proposal would violate state law and the rights of CCL holders. If they proceed, they do so with the full knowledge that their actions are illegal and unconstitutional. Furthermore, as earlier stated, state law already prohibits carrying without a permit, so this law could not be possibly aimed at anyone other than CCL holders. This is a serious infringement of constitutional rights.

The city council meets tonight at 6:30 at the Roberts District Court building. Concerned Conway citizens (and people like me who live in cities where Conway is heralded as a shining municipal masterpiece that should be emulated in every fashion) are highly encouraged to attend. As long as government exists, it will grow and our rights will shrink–unless we make ourselves heard.