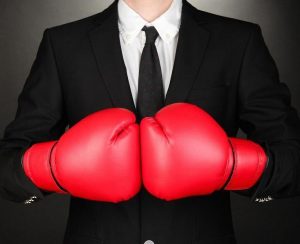 Yesterday at the Capitol, several lawmakers hosted a press conference to raise awareness about the cost overruns in the Obamacare “private” option program. According to recent reports, the program is currently nearly 15% more expensive than the original cost projections. If costs do not come down dramatically, state taxpayers could end up on the hook for millions of dollars — for a program that was supposed to be “free” to the state for the first several years.
Senator Bryan King and Rep. Joe Farrer led the press conference yesterday, highlighting the difference between the promised cost of the plan and the actual costs so far, with a sign that read “$100,000,000 over budget.” King and Farrer, surrounded by Sen. Gary Stubblefield, Rep. Bob Ballinger, and Rep. Josh Miller, are calling for a new study of the “private” option from an outside consulting group. King rightly told the press that the Optumas study was “way off,” and Farrer questioned the group’s ability to consider the issue fairly because they were paid by the Department of Human Services — huge advocates for the “private” option Obamacare expansion.
In response to the briefing by these anti-Obamacare legislators, several private-option advocates seized the opportunity to cast doubt on the seriousness of the event. In today’s Democrat-Gazette, Sen. David Sanders accused his colleagues of performing a “cheap political stunt:”

All they’re concerned about right now is holding up signs and making grossly overstated claims and criticisms in the middle of a primary election cycle.

But, oddly, Sanders failed to actually identify what statements or claims were “grossly overstated.”
Sanders went even further in his comments to the ArkTimes, calling the press event:

a bit of a political stunt aimed at capturing the headline that they and their supporters can take and put on a mail piece and slam people who are in elections right now who support the private option. All they’re trying to do is get a story they can put on a mail piece for Terry Rice and Scott Flippo. That’s all that was.

I guess Sanders thinks it’s only fair to use the “private” option as a campaign issue if you’re talking about in a positive, imaginary sense. I’m yet to see Sanders denounce this pro-PO mailer from Senator Bruce Holland which is rife with inaccuracies, or these pro-PO answers from candidates on their Family Council surveys which are also full of incorrect claims. In David Sanders’s universe, it’s only fair to talk about the PO if you’re saying nice, fluffy things about it (most of which happen to be provably false).
As for the idea that the press conference is somehow connected to generating content for mail pieces for anti-PO candidates: there have been dozens of stories by The Arkansas Project, the Democrat-Gazette, Talk Business, and liberal bloggers about the role the PO is playing in Republican primaries. The idea that King or Farrer needed a press conference in order to create references for primary mailers is “quite silly.”
Speaking of “quite silly,” that’s how Rep. John Burris, an outspoken private-option booster, characterized yesterday’s press conference. He told Arkansas News:

I think it’s quite silly to ask taxpayers to pay for another actuarial study just because they didn’t like the results of the first one.

But it’s worth pointing out that the King/Farrer criticisms aren’t just based on personal distaste for the results of the study. What drives their criticisms is that the results of the actuarial study appear to have little or nothing to do with reality. The emerging line of the Burris/Sanders defense of Optumas is, apparently, that a $100 million discrepancy is really no big deal. Carry on, taxpayers — nothing to see here! It’s free money!
The takeaway for me here is that Senator King, Rep. Farrer, and these other staunch Obamacare opponents are very serious about looking out for taxpayers. Unfortunately, it looks like “private” option advocates are more interested in looking out for the “private” option.