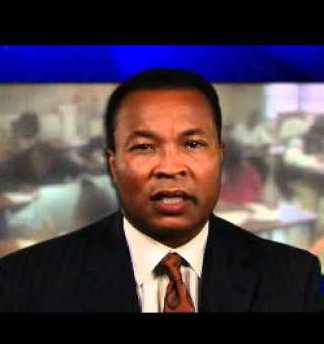 When I first joined The Arkansas Project (back in the good old days when Arkansas Republicans opposed Obamacare implementation and were storming the capitol to cut taxes and limit government), one of the first big stories I chronicled was an employment scandal. Bill Walker, head of the state’s Department of Career Education, had hired an unqualified interpreter, Clara Taylor. Ms. Taylor’s hiring led to an extensive investigation by the Office of Personnel Management, thanks to the hard work of Senator Bryan King.

The investigation revealed several disturbing things: that Taylor was unqualified for the position, that agency heads knew she was unqualified, and that she was given preferential treatment on the basis of race. (Read more of the findings here.)

When we left this story, just over a year ago, I closed by saying:

Now it appears [Walker] has made the state vulnerable to litigation from the applicants for this position who were wrongfully overlooked based on their race or simply their lack of influence with Walker.”

Lo and behold: a lawsuit ensued, culminating in a gigantic settlement. The suit did not come from one of the wrongfully overlooked applicants, though — it came from the whistleblower who sounded the alarm on Walker’s antics, Mr. Bob Means. It looks to me like whoever’s in charge at the Department of Career Education decided that it would be better for the taxpayers to cough up a settlement than for DCE to face a wrongful-termination lawsuit.

How much did Walker’s inappropriate (and illegal) behavior cost the taxpayers? A cool $166,500, according to this report from Legislative Audit. This figure includes the settlement, Means’s attorney fees, court fees, and accrued interest, but does not include staff time and costs associated with the attorney general’s office’s defense of Walker.

Senator King, who led the charge for the investigation, says Walker should resign from his state job:

Bill Walker should resign. The firing of Bob Means should have never happened. The wrong action by Mr. Walker resulted in costing taxpayers $166,000 in direct costs and that cost does not include the time for the AG to represent the state.

Since beginning his time as director, I have seen repeated decisions by Mr. Walker that should not be acceptable as a director. Firing a good employee because Mr. Means had the courage to point out waste and abuse should not be tolerated. Mr. Means should have been commended for his actions, not terminated.

The hiring of a unqualified interpreter for the hearing impaired only adds to the mismanagement of the department. Everyone can make bad decisions and mistakes. But these actions far cross that line and have led to a reduction in morale in his department.”

You might recall that Governor Beebe opposed the voter ID bill that passed the legislature earlier this year because of its enormous cost to taxpayers (approximately $300,000). Interestingly, Bill Walker, who works at the pleasure of the governor, has cost taxpayers over half that amount through a series of bad decisions and cover-ups. Mysteriously, Walker remains employed by the state of Arkansas.