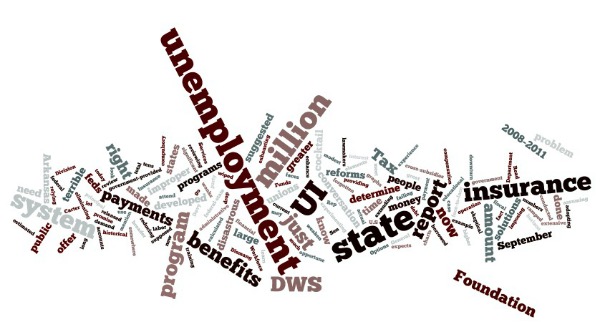 Ugh, the Arkansas unemployment insurance (UI) system, what a mess, am I right, people? What, oh, what could ever be done to fix such a terrible program, that is what you are sitting around wondering today, right now.

You need wonder no longer, because the crackerjack policy wonks at the Tax Foundation have published an extensive new report focusing on insolvency in state unemployment insurance programs and what can be done to address the problem. You know it’s authoritative because it is 32 pages long and includes numerous charts and graphs.

At a time when the unemployment insurance system is exhausting its financial reserves, failing at its countercyclical objective, and imposing higher taxes on employers and greater fiscal pressure on the states, and a time when the public is skeptical of extending benefits without broader changes, it may be an opportune moment for significant UI system reform.

The reforms could be modest, such as eliminating the firewall between administrative costs and benefits, reducing cross-subsidies through greater use of experience ratings, and relying more on face-to-face training and advising. The reforms could be major, such as adopting elements of state workers’ compensation programs and experimenting with individual accounts to enhance saving.

The report as a whole is highly educational, providing a historical look at how the current UI system developed and the problems it now faces. You will learn a lot if you read it, just like I did, I promise!

For example, did you know that when compulsory public UI insurance was developed, labor unions opposed the program, because they feared government-provided unemployment benefits would weaken the need for unions (page 5-6)? Did you? Of course you didn’t. That would be a great fact to drop into conversation at a cocktail party, assuming that you attend cocktail parties where the people and conversation are just absolutely terrible.

Arkansas UI Program By The Numbers

Did I mention the Arkansas UI program is “disastrous”? Indeed. In case you’d forgotten how disastrous the program is, let’s go over the numbers again:

The General Assembly’s Division of Legislative Audit, at the request of Sen. Jonathan Dismang and Rep. Davy Carter, is currently reviewing the DWS unemployment payments to determine just how bad the problem is.