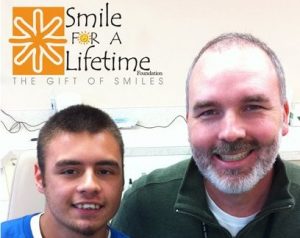 You may recall our earlier story about orthodontist Ben Burris, who created a regulatory crisis by offering low-cost dental cleanings to Arkansans. The general public likes competition and lower prices just fine; the problem was the reaction of other dentists, who mobilized against him by means of the state board that regulates dental practices.
Burris (who is licensed both as a dentist and an orthodontist) recently signed a consent decree with the state Board of Dental Examiners. If he hadn’t, the board would likely have brought charges against him – and perhaps might have yanked his license to practice dentistry. The agreement, in its essentials, blocks Burris from providing dental care to anyone who does not already have braces.
Burris told me that he will likely challenge the regulations that prohibit dental specialists from practicing outside their specialty. He is exploring the possibility of a challenge both through the legislature and through the courts, and suggested to me that Arkansas’s regulatory structure was illegal because it blocked competition.
Burris’s opinion of the dental regulatory board is not especially high. He informed me that it is “antiquated and entrenched in cronyism.” He told me that it was almost as if the dentists on the board had originated the phrase “You people,” as in “You people don’t understand how this really works.” When I asked him if the board understood the anti-competitive nature of the policies they were enforcing, he replied “Oh, they think they’re in the majority. They just don’t realize they are in the majority of dentists,” noting that he was providing “the exact same service, the exact same licensed hygienist, for a third of what they [other dentists] are charging.”
It bears repeating that Burris’s attempts to improve health care access through price competition are not the only way he’s tried to improve dental health. Burris formed the Smile for a Lifetime Foundation in 2008, which helps kids who can’t afford orthodontic care. The Foundation has helped deliver more than $20 million in free care over the last five years.
Burris is far from the only Arkansan who has attempted to address the anti-competitive, anti-consumer legal environment in our state. Earlier this year, state Senator Gary Stubblefield attempted to write a new rule for occupational freedom into law. Essentially, Stubblefield’s bill, SB 894, would have required that occupational regulations would have to demonstrate in court that they’d work well – this would be a change from the current default, which is that whatever rule a regulatory board produces is presumed to be a good idea. Judicial scrutiny of antiquated regulations is an excellent idea, and I hope Senator Stubblefield sees more success in the legislative session in 2015 with his bill than he did earlier this year. That bill would probably be a good path to victory for Ben Burris as well.