I know y’all have already heard about the incredible tax cuts Arkansas passed last year — and that, combined with the immense, nearly immeasurable economic growth that’s coming from Medicaid expansion, we will soon be surpassing Texas’s economy. Unfortunately, our friends at the Tax Foundation have deflated these hopes and dreams.

According to the group’s latest report, Arkansas currently ranks #2 in overall sales tax burden. Number 2 — as in: the second most burdensome taxes in the nation. Out of all 50 states (or 57 states, depending on who’s counting).

Here’s a nifty map so you can see how we compare to our neighbors: 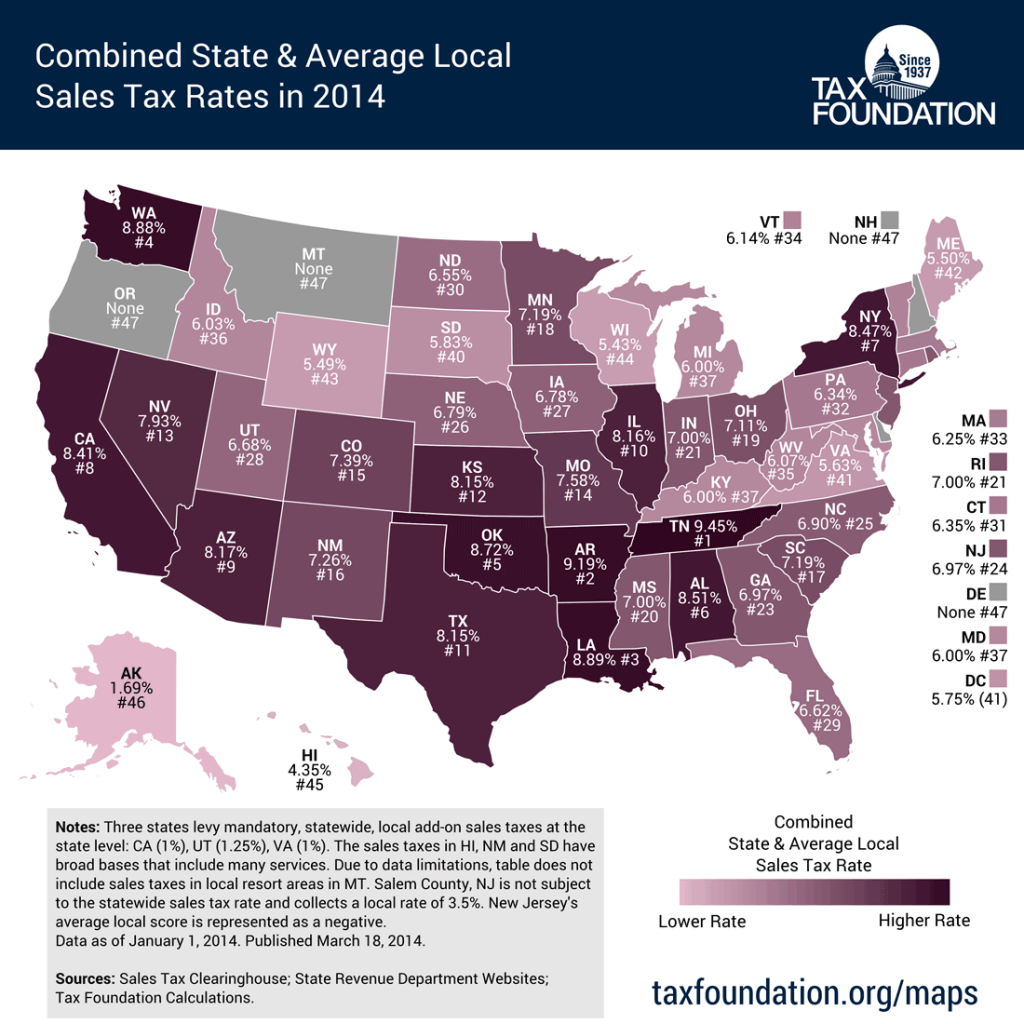 Just a year ago, Arkansas ranked 6th in the nation for worst tax burden.

I think this means we are moving in the wrong direction.

Of course our state legislature isn’t completely to blame: despite growing the state budget, they have reduced taxes in some areas. Much of the problem rests with interest groups like the Arkansas Municipal League who run around the state convincing cities and counties that the best way to promote economic growth is to, yes, raise taxes! City councils and quorum courts have been taking their (bad) advice for years. And here we are.

But not all hope is lost: AAI put a book out that’s full of great ideas about how the legislature can pursue meaningful tax reform that will spur real economic growth. I encourage everyone to check it out here. We’ll be producing an updated set of recommendations later this year.