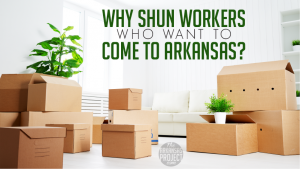 Most workers are always on the lookout for a better job at better pay. That’s the American Dream, right? Keep striving, working harder, and looking for opportunities to advance in your occupation. But if that opportunity exists in a different state, it is difficult for many workers to take advantage. That’s because licensing requirements stand in the way.

While they vary from state to state, occupational licensing laws mandate that anyone seeking to work in certain jobs (generally service-sector employment) must first obtain a state license. The requirements for these licenses differ, but could range from passing a simple test to completing years of schooling or training. Often these licenses are not transferable between states.

The presence of time-consuming and expensive requirements to obtain a license and the lack of reciprocity makes it daunting for workers in licensed professions to move. They also face the prospect of losing the customer base that they have built up in their home state. A recent op-ed by Virginia Postrel discusses a new study that looked at how these things stop people from moving for work:

“Individuals in licensed occupations with state-specific exam requirements move at a 31 percent lower rate between states than those with national exams,” the economists write. But a local customer base also matters: “They also move far within a state at a 15 percent lower rate, which is evidence that clientele and network-based aspects of these occupations may play a significant role in limiting migration.”
Public policy reforms can’t do much to help hairdressers or real-estate agents build new client networks. But national tests and state compacts for reciprocal licensing could make it easier for them to move. In fact, the licensed professions whose mobility is dampened most by state-specific tests — teachers and pharmacists — rarely depend on individual clients. They’re hired by institutions.

This echoes something that Dan Greenberg and I wrote in 2016:

Occupational licensing’s effect on labor mobility is especially troublesome. In many states, the personal qualifications for licensing differ for the same occupations. If you are a massage therapist in one state, you may not be able to perform that job in another state without obtaining a completely new license — despite your previous work history of massage therapy. Similar requirements have had an especially negative impact on military families because they are often required to move around the nation. Licensing requirements regularly make it difficult or impossible for military spouses working in licensed fields to practice their occupation after moving to another state. Given that military families move routinely every few years, it makes little sense for a military spouse to invest time and money to obtain a license that is not transferable to another state. The General Assembly deserves credit for passage of Act 848 last year, which eases the occupational-regulatory burden on some soldiers and their spouses who move into the state –but if the goal is to advance consumer welfare by allowing qualified people to practice their trade, it is difficult to see why the privileges Act 848 creates should be confined to a small fraction of the population.

Occupational licensing acts as a barrier to new state residents who want to work. Arkansas should be looking to attract workers, not keep them away from the state. The evidence continues to pile up that these licensing rules act as a deterrent to interstate mobility. Arkansas can be a shining beacon among states by reducing its licensing requirements and/or expanding licensing reciprocity. If it does this, then the state will benefit by workers moving into the state, growing the economy and enhancing the services available to Arkansans. Or it can continue to say “no thanks” to workers eager to move. It seems like a simple choice to me.