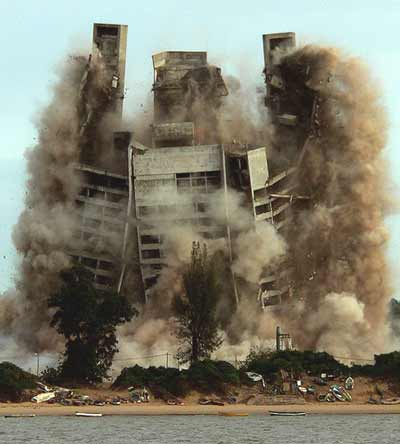 Several weeks ago, I wrote a piece about Senator Larry Teague’s proposal to require all public construction projects in Arkansas to use “American-made” products. At that time, Senator Teague told me he thought the bill would “be law by the end of the week.” After that, the bill sat in the Senate for several weeks with no action until it was finally passed out of Senate Committee this week. Today, the full Senate voted on the bill. It received 17 votes, one shy of the 18 needed to pass. The vote was expunged, which means the bill can be brought up for consideration again at a later time.

When I interviewed Senator Teague, he accused me of “wanting to buy Chinese to save a nickel.” I have no loyalty to the country or people of China, but I do have a commitment to saving as many tax dollars as possible. While Teague’s proposal sounds really warm and fuzzy, in reality it’s a disaster for the taxpayers who will be forced to foot the bill.

Senator Teague is trying to address an issue that isn’t really a problem with a solution that isn’t really an answer. There’s nothing wrong with using Chinese, Korean, or Japanese materials in public construction projects. If they are purchased, it’s because of market demands: the price is lower and therefore the product is more appealing to consumers (in this case, construction companies doing public projects). But the answer to the use of foreign products — which is not in itself a bad thing — is not a mandate that requires government to spend more. These types of mandates are what have caused the higher prices in the first place.

The answer to facilitating more use of American-made products is for government to roll back regulations that make American products more expensive. Unnecessary regulations, EPA mandates, a litany of taxes from every level of government, and yes, even Obamacare are going to continue to jack the price of construction materials up. If Senator Teague wants to see more American products used, he should be working to lower the price of production.

In addition, an increased supply of construction materials would lower the price. To that end, the legislature should be working to pass bills that will encourage materials production here in Arkansas. The mandate that Senator Teague proposed only sends one message to businesses: “We will try to control you.” This is not exactly a welcoming overture.

Less government, not more, will attract businesses to Arkansas and encourage the use of more American-made products.