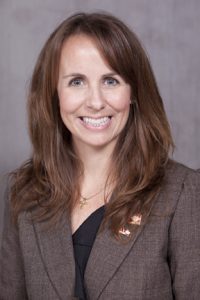 Senator Missy Irvin, one of the deciding votes for the ‘private’ option in last year’s legislative session, has issued a statement today saying she will not support the funding of the program going forward. Here’s some of what she had to say (full statement here):

Amending the private option legislation and in the end voting for it, was one of the most difficult decisions of my life. And now deciding to vote to discontinue it’s funding is equally as difficult.  But with the policy decisions that have been made which we don’t have much control over, and the ever-changing tides from the federal government, I am opposed to moving forward and will not vote to fund the appropriation for the private option. While opposed to further public dependence on government programs, I had been convinced that the private option might be a first step in the right direction. I now see it is leading us in the wrong direction.

However, via Presidential executive orders and decisions, Obamacare is a moving target and the mandates appear increasingly likely never to be enforced, which gives us a policy that cures a problem we really don’t have. It will be a constant moving target that can only be fixed at the federal level through legislative action. The information and facts we had then, are not what we have now.  The reality is that approval of Health Savings Accounts is entirely in the hands of the federal government, and we have yet to have any meaningful plans on how this will be implemented, how people auto-enrolled with an insurance plan will transition to these accounts, and if the amendments will actually be approved by the federal government. I’m not going to sign a check if I don’t know exactly what I’m getting.

We are all often quick to criticize legislators when we disagree with them, but we should be equally as quick to praise public officials when they make the right decision. While I strongly disagreed with Senator Irvin’s vote in the last session, I appreciate her acknowledgement that she did the wrong thing and her steps to correct course. Drawing a line in the sand against leadership — especially in such a public and definitive way — is no easy task.