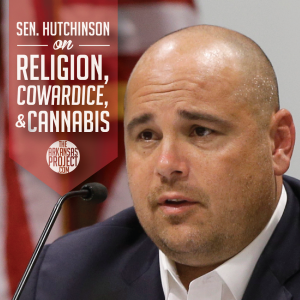 But just like religious freedom laws have been around for decades, so have long-shot attempts to smoke marijuana by claiming religious beliefs. A 2013 look at these cases by Montana lawyer John Rhodes, published in the Oklahoma City University Law Review, found that these claims have almost always failed, except in situations involving Rastafarians, a religious group that considers marijuana a sacrament.
Defendants claimed they used marijuana for religious purposes, but judges by and large didn’t buy it. One court told a defendant that his “professed beliefs have an ad hoc quality that neatly justif[ies] his desire to smoke marijuana.” Other courts weren’t as blunt, but they generally discarded non-Rastafarian religious beliefs as phony, according to Rhodes.
When it came to Rastafarian defendants, courts only allowed their marijuana use in limited settings. Judges found the government had a compelling interest to restrict pot in public settings, and they didn’t allow criminal operations that sell the drug.
Based on these precedents, it’s very unlikely that members of Indiana’s First Church of Cannabis will have any luck trying to use marijuana under their new religion.

Ultimately, however, Hutchinson’s qualms seem to have been mollified by the final version of RFRA that passed into law, although the differences between competing versions of the legislation don’t seem all that significant to me. Looking at the legislative text (and not at the overheated rhetoric by activists on both sides), the revised RFRA legislation passed by the legislature accomplished, in large part, the same goals as HB 1228. I congratulate Gov. Hutchinson for his success in producing a RFRA statute that received bipartisan support, but I am less confident that Sen. Hutchinson’s temporary heartburn over RFRA had any justification that was grounded in law. And I certainly do not think it is a strong argument to suggest that passage of a RFRA might change the arguments that lawyers make in court — after all, any law might do that — while avoiding the more pertinent question of how it might change a court ruling or verdict.

2 thoughts on “Senator Hutchinson On Religion, Cowardice, and Cannabis”