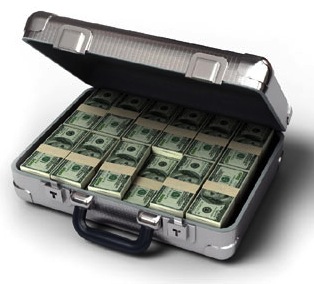 There’s been a lot of gossip swirling around the vote to expand Medicaid in Arkansas. For example, how did proponents of expansion pick up 8 votes from Monday (when the bill first failed) to Tuesday when it passed? There’s been a lot of talk about bribery or extortion — Rep. Nate Bell even went to the House floor and spoke of “threats” that had been leveled against House members. Rep. Bruce Westerman, in a fiery speech, asked members if their votes were worth “30 pieces of silver?” Leaders in the legislature then took to the airwaves in order to deny the existence of threats or bribes. So what’s the truth of the matter? All of these legislators cannot be correct.

One rumor that has been swirling for a few weeks involves Rep. Richard Womack and a supposed payoff that was offered to him in exchange for a vote for the “private” option Medicaid expansion. I spoke to Rep. Womack two weeks ago and asked him about it: at that time, he was not prepared to speak about this issue on the record. However, today, after the Arkansas Times floated the story, I contacted Womack again and suggested it was time to make a public statement. Here’s what he told me:

A lobbyist asked me if I would consider changing my vote [on the private option] for $20,000-$30,000 in my campaign account, as soon as they could put it in there legally, and two elections unopposed.

Womack said he did not know the name of the lobbyist and he had had no contact with them previous to this conversation. Womack said he told the lobbyist that he couldn’t stop someone from running against him, but the lobbyist told him “we can see that it’s not a good opponent and that he’s not well funded.” The freshman legislator from Arkadelphia said this put him solidly against the “private” option:

That’s what solidified me as a no. I wanted to get on board with that private option. I had questions that they would not answer. The math seemed incredibly fuzzy, but I was making an effort to gather all the information and do what was best. But when that happened, I absolutely was stuck in the sand on ‘no.’ I just thought, if they’re having to do that stuff to get it done then there’s something wrong here.

Womack added that he was unclear if this was “business as usual” at the Capitol, but said he has noticed a trend in who lobbyists target:

I’ve kinda gathered…they try with more of the freshman and see who they can get. I’m not a politician by any means. I’m just a guy that wanted to help out so all this is new to me. I’m learning every day.

I realize it can be embarrassing or humiliating when you’re asked to participate in a crime. An attempt to ignore criminal solicitation, and get on with your own life, is understandable; it’s my guess that this explains Womack’s hesitance to come forward with this story. But I hope that he has already reported, or is going to report, this crime to the authorities.

7 thoughts on “Richard Womack: No Pie for Me!”