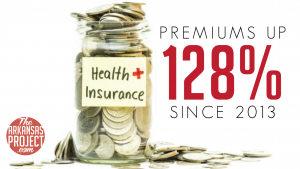 Health insurance premiums in Arkansas have increased by 128 percent since 2013, according to a report released this week by the Department of Health and Human Services.

Let’s put this into context: nationally, health insurance premiums have (on average) merely doubled since 2013.

Of course, way back in 2013, Medicaid expansion was passed with the promise that it would help “drive down premiums” for Arkansans. With the release of this latest report by the federal government showing premiums in Arkansas have risen higher than premiums nationwide, it’s clear this claim was false.

You can read the full report here.