Voter fraud is a threat to representative democracy. Therefore, we follow this issue closely at The Arkansas Project.

Last week, I reported about a confirmed case of voter registration fraud in Lee County — fraud which, as we have been instructed, does not actually exist.

Now state Rep. Bryan King is pushing the issue, requesting that the district’s U.S. Attorney launch a full-scale investigation. Here’s a copy of the letter: 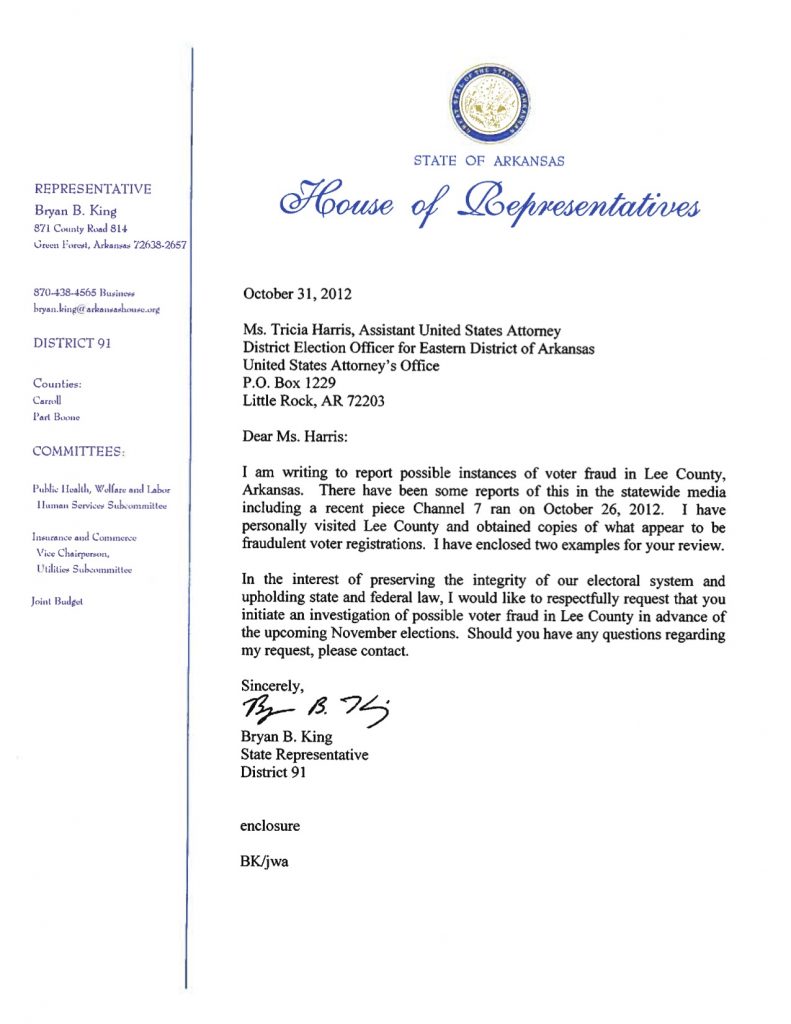 (To repeat, we have been instructed that fraud does not exist and efforts to ensure that the integrity of elections are protected is nothing short of a right-wing conspiracy to disenfranchise minorities and Democrats. Nonetheless, King is pushing forward.)

King told me that he plans to push for three major reforms during the upcoming regular legislative session:

2. Instating mandatory sentences for some types of voter fraud

3. Requiring a photo ID to vote.

King says he’d also like to change the appointment process to the State Board of Election Commissioners and put some ethics criteria in place for service on the board.

If you’d like to read a primer about election reform (and how liberals do not seem to understand its consequences), check out my story from last month: Max Brantley has no ID.