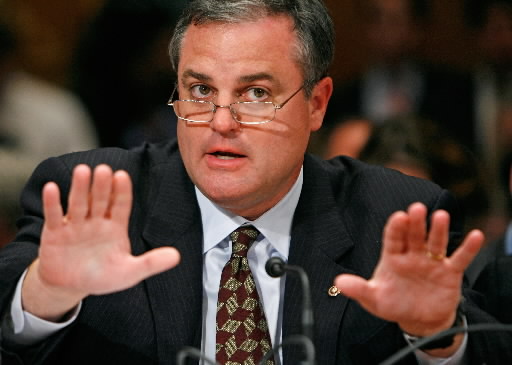 Ummm…OK. Unless you count the fact that the majority of states have refused to implement an exchange.
And the delay of the employer mandate.
And the delay of the small business exchange.
And over a third of states refusing to expand Medicaid.
And the delay of enrollment in high-risk pools.
And the repeal of the CLASS Act.
And the cutting back of worker’s hours, costing Americans wages — and health insurance.
And hurting patients.
And less care for kids with pre-existing conditions.
And the repeal of “employee free choice.”
And the fact that over half of Americans oppose the law.
Other than that, Obamacare has been so amazing.
Yeah, just kidding.
A new poll shows 60% of Arkansans say they’re less likely to vote for Pryor because of his vote for Obamacare. You’d think an incumbent senator who’s struggling to hit 50% in Democrat-weighted polls would be smart enough to stop talking favorably about it. But Pryor is desperate. He’s had a completely unremarkable career as a backslider in the Senate. He hasn’t led on a single issue — he’s followed. And, unfortunately for taxpayers, in the last five years, he’s followed President Obama.