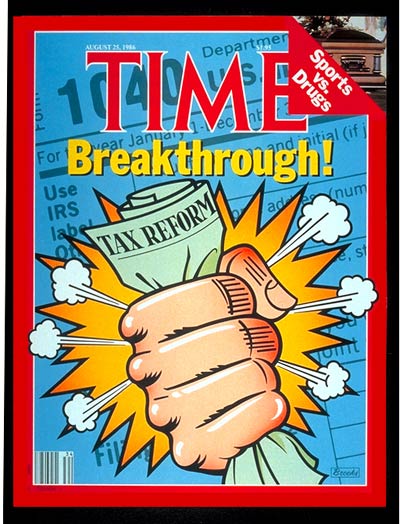 The best way to help Arkansas’s economy grow is through tax reform: policymakers who want to foster economic growth and attract job-creating capital investment should work to lower our income tax rates. Our nation’s experience with the tax reform that President Reagan and a bipartisan Congress produced in 1986 – perhaps the greatest domestic policy achievement of modern times – provides a critical lesson for Arkansas: namely, our state can lower tax rates without decreasing government revenue. The 1986 reforms generally receive bipartisan acclaim because they accomplished more than just lower rates – they led to more jobs, greater prosperity, and increased tax revenue nationally.
The income tax rate reduction that the General Assembly recently passed, prompted by Governor Hutchinson, is an admirable first step towards large-scale tax reform. As the legislative session begins to wind down, lawmakers will doubtless be presented with many opportunities to create small-scale, special- interest tax privileges. We have a better idea: Arkansas policymakers should pursue further income tax reform based on three features of the 1986 federal model: this reform couldreduce or eliminate tax giveaways, swap those giveaways for lower rates, and stay revenue-neutral. In the long run, such a reform would likely increase both economic growth and state revenue.
Our newest paper on tax reform, by AAI president Dan Greenberg and UALR law professor Robert Steinbuch, offers a practical, detailed plan about how to lower rates and raise Arkansans standard of living. Click here to read it.