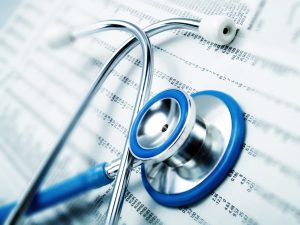 A majority of Americans support requiring Medicaid enrollees to have a job in order to be eligible for the program, according to a recent poll from Morning Consult and Politico.

According to the poll, 51 percent of registered voters strongly or somewhat support work requirements for Medicaid, while 37 percent are opposed.

Asa Hutchinson signed into law legislation earlier in the year that asks the federal government for permission to require work of some Medicaid expansion enrollees in Arkansas.

If allowed by the federal government, the new policy would require able-bodied enrollees to work, get worker training, or do 20 hours of volunteer work a week.

Currently, Arkansas has a policy of “work referral” towards Medicaid expansion enrollees; it merely refers enrollees to the Department of Workforce Services rather than actually requiring them to work.

It’s actually somewhat surprising that the poll question received majority support, as it portrays a policy that is much stricter than what Arkansas’s state or federal legislators are advocating.

As you may know, Medicaid is the nation’s public health insurance program for people with low income. Generally, do you support or oppose requiring individuals enrolled in Medicaid to have a job as a condition of eligibility?

This question might’ve led some respondents to mistakenly believe that Medicaid reform proposals require all enrollees in traditional and expanded Medicaid to gain employment.

The House Republican healthcare plan would only apply to “non-pregnant, non-disabled, non-elderly individuals receiving Medicaid.”
If these exceptions were actually noted in the poll question, I suspect support for work requirements would be even higher.