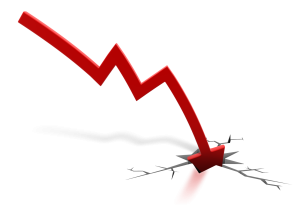 Talk Business has released a new poll on the approval rating of the Obamacare “private” option from likely Republican primary voters. If you’re a fan of the PO, you may not like the results.
According to the latest survey, which was conducted last week, 54% of likely GOP voters oppose the “private” option. Just 23% favor the program, indicating an overall disapproval of nearly 2-to-1. Here’s the big picture: these latest numbers show a 13-point swing in favorability amongst GOPers in the last few months.
In January, TB reported that 45% of Republicans opposed the plan, with 27% supporting (a difference of 18%). Now, disapproval stands at 54% and approval is only at 23%, a margin of 31%, for a total swing of 13 points. Disapproval is growing rapidly — and approval is slowly, but surely, dropping.
Also of interest, in that same January poll, respondents were asked this question, which tied the PO (rightly so) to Obamacare:

As part of President Barack Obama’s healthcare overhaul plan – known as Obamacare – the Arkansas Legislature passed a law that would add more than 200,000 people to its Medicaid program by using private insurance to purchase health insurance. Do you support or oppose this law?

When faced with that question, Republican disapproval of the PO jumped to 58%. Roby Brock of Talk Business tells me that the most recent poll did not include a second question that tied the PO to Obamacare due to time constraints, so we can’t compare apples-to-apples on that question. But here’s what I think is the big takeaway: even without an express explanation that the PO is part of Obamacare, Republican voters now oppose the PO almost as much when they’re told it’s Obamacare.
This shows that voters are learning more about the PO; they’re realizing, without having the dots connected for them in poll questions, that it is a large component of Obamacare. And the more they learn, the less they like it.
Many Republican legislators have been carrying out a full-time media blitz since the legislature first passed the “private” option in 2013, attempting to “re-educate” voters; many of them have in fact gotten dangerously close to suggesting that Obamacare isn’t Obamacare. Instead, they want voters to believe that “Obamacare fights Obamacare!” or something. Based on these latest polling numbers, it looks like the “private” option PR offensive is miserably failing.
The next poll will be taken on May 20th — in the GOP primary.