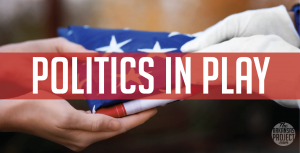 As a member of Congress, Rep.

Steve Womack is going to take votes that make people upset. That is the nature of the job. But a recent vote by Rep. Womack is causing some unwarranted criticism from military spouses. They are accusing him of turning his back on them. In reality, I don’t think that is the case; instead, it appears this is just another case of some members of Congress playing politics with an important issue.

At issue is a law affecting the Survivor Benefit Plan, which pays annuities to surviving spouses of military members. Currently, those annuities are offset if someone also receives payments under the veterans’ Dependency and Indemnity Compensation program.

There is broad bipartisan support to change the law to end this offset. Rep. Womack has cosponsored legislation that would do this (as have the other members of the state’s congressional delegation). That is how this issue should be addressed – by changing the law that requires this offset.

John Yarmuth (D-KY) decided to politicize this issue and pull a political stunt to embarrass Republicans. During the House Budget Committee’s consideration of the budget resolution, he included an amendment to increase the budget authority to pay for full survivor benefits.

Predictably, Rep. Womack and other Republicans voted against it. I suspect they knew what Rep. Yarmuth was doing, since it is common practice in Congress to offer an amendment that sounds nice on the surface, but it has too many flaws to be acceptable. These flaws are too obscure for most people to appreciate, so the wider public just makes the assumption that those who vote against such an amendment are opposed to whatever good policy the amendment is ostensibly about. In this case, the amendment’s flaws were that it was the improper way to change policy (you don’t change laws through a budget resolution) and that it would have necessitated a tax increase.

Was this a serious proposal by Rep. Yarmuth? I don’t think so. This was included as part of a series of Democratic budget amendments that highlighted politically popular ideas and attacked the recent tax cuts. This was political theater, pure and simple.

If Rep. Yarmuth really wanted to attract Republican votes, then he would not have offset this new spending with a tax hike. Instead, he would have offset the new spending by cutting spending. Of course, the real game here was to get Republicans to vote against it, thus handing a political issue to their opponents in the election. This allows Rep. Yarmuth to do exactly what he did after his amendment failed, which was blame the GOP for favoring millionaires and corporations over war widows.

The clearest illustration that this was a political stunt is seen in the language that its Democratic sponsors used to promote it. Here is how their committee website describes how to pay for the amendment’s cost: “by partially reversing the Republican tax giveaways for the wealthy and corporations …”
I used to work for a Republican U.S. senator. During my time on Capitol Hill, if we were trying to secure bipartisan support for an amendment, we didn’t attack Democrats in the description of the amendment. And when we looked for offsets, we also didn’t target programs that were popular with them. Instead, we looked for common ground and did not use partisan rhetoric.

It’s too bad that the groups backing a change in this law are upset at Rep. Womack and the other members of the Budget Committee who voted against the Yarmuth amendment. This amendment is an example of political cynicism, not an example of someone truly working to make a positive policy change.