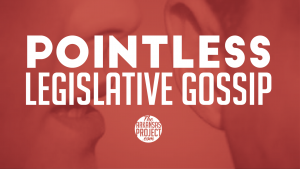 This is almost certainly the most pointless and trivial post ever to be placed on the Arkansas Project – but it demonstrates that, if you’re willing to spend some time on Facebook, you’ll get some insight into petty human rivalries. Since Arkansas politics is occasionally driven by petty human rivalries (yes, yes, I know this is hard to believe), a student of Arkansas politics can learn some interesting things from Facebook.
(In other words, I’m not just wasting my time when I check Facebook – I’m being an alert political analyst! Or so I’d like to think.)
A recent post by state Senator Jim Hendren described his recent “Dad-daughter birthday date” with his daughter Molly. Some complimentary posts from friends followed, as well as a few loving jibes back and forth between father and daughter to the effect that the best part of the date for Dad was a visit to the hardware store, the best part of the date for Molly was a visit to the bookstore, etc.
The jibes became slightly more pointed when state Sen. Scott Flippo chimed in:

Last time I checked, “How To Love and Accept My Liberal Father” was over in the self help section. Happy Birthday, Molly, anyone who has been able to successfully overcome 20 years with Jim Hendren has my complete and utmost respect.

Perhaps Flippo is not the only person who has ever suggested to Hendren that he (Hendren) is insufficiently conservative – however, this kind of accusation between GOP legislative colleagues is (even in jest) rarely made publicly.
At that point, accusations and counter-accusations (all of them made in a completely friendly and joking way, of course) began to fly:
Molly Hendren: Yeah dad mentioned possibly buying you a book in that same section about learning not to hate veterans?
Scott Flippo: Ha, well played, Molly! Jim, quit trying to brainwash your daughter, I love vets, I tolerate you.
Jim Hendren: It is true that you love veterans Scott. Especially those engaged in illegal gambling operations.
Scott Flippo: Jim Hendren, you know damn well those are my peeps! Vets engaging in illegal charity bingo, and poker tournaments in order to raise money for their local communities need someone in LR to stand up and tell the state to ‘take their law and shove it’; I’m honored to be that guy.
Jim Hendren: I know – it’s good work. just to bad you want to tax the crap out of them in their golden years.
Jim Hendren: Just so all following this thread know, Scott and I actually like each other – I’m not a liberal and he doesn’t hate vets.
Lavon Alsup Stark: I think I know you are not a liberal Jim. Lol
Scott Flippo: Jim Hendren, no reason to tax them, as cutting taxes on military retirement benefits will lead to more vets retiring to AR, thus more money for the state, which should offset any short term reduction in state revenues. You been drinking that common core kool aid again?

Alert readers will notice some allusions above to contrasting votes on several controversial measures this session, including one bill involving tax relief for military veterans and another one involving relaxation of enforcement of gambling in private clubs.
(Even more alert readers, however, may conclude that all of this means nothing whatsoever.)
Nonetheless, I have my own view about who got the better of whom in this exchange. What’s yours?