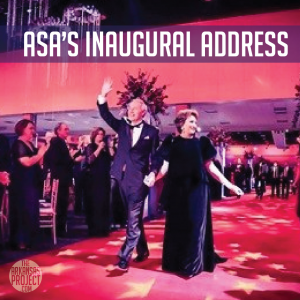 There was a lot for conservatives to like about Gov. Asa Hutchinson’s inaugural address on Tuesday.
From Arkansas Online’s transcript of Hutchinson’s remarks:

We can compete and win in this global marketplace by lowering our tax rates, starting with the middle class; by improving job skill training in our high schools and two-year colleges; by offering computer science in every high school; and by reducing the burden of unreasonable regulations on our businesses.

It’s encouraging that we now have a governor who understands the harmful effect that regulations have on job creation. According to the Institute for Justice, Arkansas is the 5th worst state when it comes to regulations that make it harder for citizens to work. Reducing the regulatory burden in Arkansas would be an economic boost for the state. We wrote about regulatory reform, tax reform, and other issues the Legislature should take up in 2015 in our latest Action Plan for Arkansas.
More from Hutchinson:

As governor, I want people to work; and when they work, they should be better off; and when they work hard enough, they should move up the economic ladder. These are common sense values that give Arkansans hope. Hope for a better life. “We have every right to dream heroic dreams,” Ronald Reagan said in his first inaugural address.

I’ll be interested to see how these comments factor into his speech on January 22 regarding the “private option” Medicaid Expansion. As we’ve previously reported, over 80,000 enrollees in the program don’t work…at all. That’s nearly 40 percent of total enrollment. If we “want people to work,” that means, at a minimum, that some major changes to the “private option” will be needed. Good luck getting a waiver from Obama’s Health and Human Services Department for permission to make those changes.
Indeed, HHS recently threw cold water on a work requirement provision Utah submitted to the feds in their Medicaid expansion proposal.
It stands to reason that Arkansas would experience similar roadblocks with HHS if a work requirement is submitted to the feds later in the year.