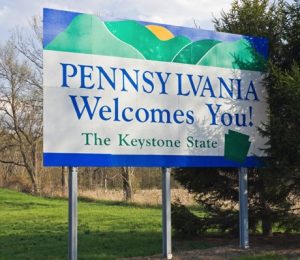 The latest battleground over expanding Medicaid is Pennsylvania: earlier this week, Governor Tom Corbett (R) announced he will support Medicaid expansion there program. Corbett had said earlier in the year that he would oppose expansion. In June, the state’s Senate passed a bill that included expansion, but the House killed the plan. Now, at the governor’s behest, it seems the state will push to expand Medicaid once again.
Interestingly, liberal outfits like The Huffington Post are already calling the plan — which is rumored to mirror Arkansas’s “private option” — “Obamacare Medicaid expansion.” (I’m sure Arkansas House Speaker Davy Carter will be along any moment to inform them that a vote to implement Obamacare is actually a vote against Obamacare.) The reason HuffPo uses this terminology is because the plan would expand Medicaid eligibility under the Affordable Care Act, commonly referred to as Obamacare. The fundamental fact of any Medicaid expansion program is that the federal government has already told us, through the Good Friday letter, that no matter what we call it, the expansion has to abide by Medicaid rules. However, this inconvenient truth is not stopping the state of Pennsylvania from spinning the expansion as…something different.
According to the Pennsylvania Department of Public Welfare, the expansion plan isn’t expansion at all:

(Sound…familiar?)
In reality, it doesn’t matter what you call Pennsylvania’s (or Arkansas’s) plan to expand Medicaid. You can call it the “private option.” You can call it “free bunnies for everyone.” All of this is just another lesson in Surrealism. The bottom line is that, in each case, the state is expanding eligibility for Medicaid, a broken program that has been proven to have no effect on physical health outcomes.
The ‘private’ option already threatens to crowd out spending for vital state services in Arkansas. Here’s hoping Pennsylvania chooses a more prudent path.