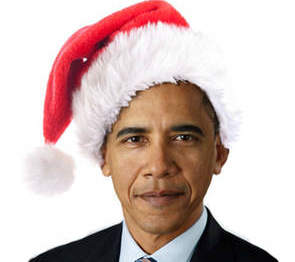 Not to ruin your Christmas or anything, but would you like to read about ten of Obamacare’s broken promises? Probably not, but I’m going to share a few of them with you anyway.

The following promises/quotations are from President Obama, followed by a statement of reality from our friends at The Heritage Foundation:

Reality: Millions of Americans have lost and will lose their coverage due to Obamacare. Obamacare has significantly disrupted the market for those who buy coverage on their own by imposing new coverage and benefit mandates, causing a reported 4.7 million health insurance cancellations of an existing policy in 32 states.

Promise #2: “[T]hat means that no matter how we reform health care, we will keep this promise to the American people: If you like your doctor, you will be able to keep your doctor, period.”

Promise #3: “In an Obama administration, we’ll lower premiums by up to $2,500 for a typical family per year.”

Reality: Premiums for people purchasing coverage in the individual market have significantly increased in a majority of states. A Heritage analysis shows that, on average, consumers in 42 states will see their premiums in the exchanges increase, many by over 100 percent. For people with employer-sponsored coverage, costs also continue to increase. For families, premiums from 2009 to 2013 have increased by an average of $2,976.

You can read the rest of the list at Heritage.