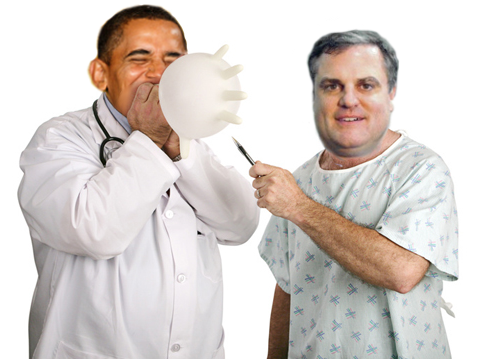 Last week, the U.S. Senate passed a nonbinding resolution by 79-20 to repeal the Medical Device Tax. This tax, which went into effect in January, is scheduled to suck about $30 billion out of the economy over the next 10 years. The vote garnered significant bipartisan support: 34 Senate Democrats voted for the measure. Many of these Democrats — including Arkansas’s son Mark Pryor — voted for the original Obamacare bill, so the vote indicates a significant shift. It spells bad news for Obamacare and no doubt will add momentum to the repeal movement.

Politico — no conservative outfit — agrees with my take:

The amendment to the budget resolution won’t become law because the budget is nonbinding. But it has huge political significance as momentum builds for bipartisan consensus to get rid of another piece of Obamacare…

Assuming none of the provision’s backers rescind their support, there is now plenty of support to surpass the 60 votes needed to repeal the device tax — if it comes to a vote, on another bill in the future. Thirty-three Democrats and one independent who caucuses with them supported the measure.

Chip, chip, chip. Obamacare is being chipped away. And public support is still crumbling: A new Rasmussen Poll shows a majority of Americans still oppose the law, with 36% saying they have a “very unfavorable” view of it.

Two observations: 1. It is now more important than ever that the Arkansas legislature continue to block the Beebe Administration’s attempts to create a bureaucratic foothold for Obamacare in Arkansas. The law is unfundable, unpopular, and unworkable. Arkansas lawmakers should do the job they were elected to do and continue to work for positive health care changes, and against the creation of optional Obamacare bureaucracies, as much as possible. That means no Medicaid expansion and no exchanges (as I have previously written).

2. Mark Pryor, to coin a phrase, is on the wrong side of history. He voted for the Obamacare monstrosity; despite voting for the nonbinding Medical Device Tax repeal, he’s still completely in love with the boondoggle. In fact, just last week, he voted no on Senator Ted Cruz’s amendment to repeal the law completely. Isn’t it interesting that Senator Pryor keeps saying he’s “an independent voice for Arkansas,” yet he continues to support a law that Arkansans don’t want? While Arkansas lawmakers are pulling their hair out trying to figure out how to make this nightmare work, Mark Pryor is continuing to support it and offering no relief for Arkansas.