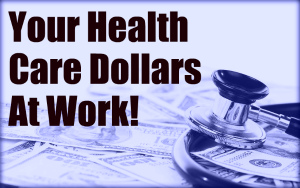 As I’m sure you’ve by now figured out, one of my favorite activities on this site is underscoring the relentless terribleness of Obamacare. Ha ha, what an utterly foreseeable disaster! If I so desired, I could probably post daily updates chronicling the gradually unfolding horrors of this incompetent law.

But “daily updates” sounds like something that would entail just a whole lot of effort, so let’s not. Instead we’ll keep up our customary leisurely pace of “taking occasional note,” which fits better with my temperament and lackadaisical work ethic.

In August, we reported on the Early Retirement Reinsurance Program (ERRP). That’s a little-known $5 billion temporary program tucked away in the health care reform law offering health insurance subsidies for early retirees,  ranging in age from 55 to 64, until they reach Medicare eligibility at age 65.

Critics have derided the ERRP as yet another “free money” bail-out for state and local governments and a “slush fund” for corporations. Those critics have a point. (Importantly, none of the beneficiaries had to demonstrate any financial need to receive subsidies under the program—it was simply first come, first served.)

Hmm. “Free money.” “First come, first served.” Put those two great tastes together and you get…

…a program that is now out of money, more than a year ahead of schedule, points out Reason Magazine’s Peter Suderman.

Here in Arkansas, some $2 million of such “free money” was rained down on various corporations, non-profits and  government agencies under the soon to be defunct ERRP.

According to the U.S. Department of Health and Human Services, eight Arkansas entities had received ERRP funds as of last week (PDF):

I total that as $1,994,868 for various entities in the state of Arkansas. On the infrequently updated ERRP page of the HHS website, seven other Arkansas entities are listed as having qualified for the program, but the December report does not reflect their having received any funds. Presumably, they applied and were “approved” just in time for the ERRP to run out of money. Suckers. Full report here (PDF)

What a great program, that is now out of money and I guess will shut down a year or so ahead of schedule! Nope, no bad news here! Nothing to see here, please move along, folks, everything is working exactly as planned. (*averts eyes, coughs, shuffles awkwardly*)