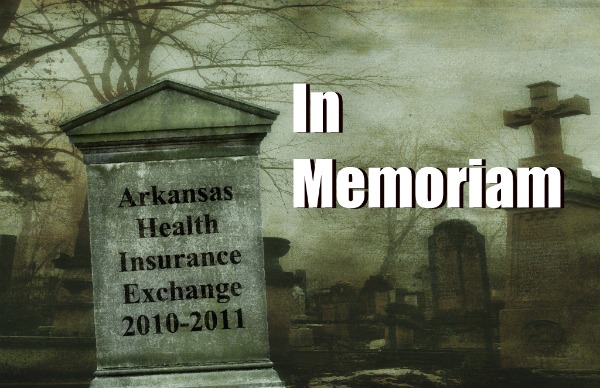 And it came to pass that there would be no state-run Obamacare health insurance exchange in Arkansas, and there was much gnashing of teeth and rending of garments.

Oh, but if only Arkansas had had a Democratic governor in the statehouse and Democratic majority in the legislature, who might have forestalled this sad development by selling voters on the urgent need for a state-level health insurance exchange!

Anyway, this is the end of an era and now the federal government is going to run the health insurance exchange, maybe? Except that’s how it was going to be all along anyway, for all practical purposes, because the feds would be writing all the regulations and calling the shots, really, and no one could actually explain just what the difference between a state-level exchange and a federal exchange might be. And Arkansas can probably take over the exchange later, right? There is no bad news, etc.

Meanwhile, Arkansas Democrats are weeping crocodile tears, as they think this development gives them a bully club to use against GOP candidates in next year’s campaigns. That is something they seriously appear to believe, because apparently Arkansas voters care very deeply whether the Obamacare exchange is administered by the federal government or state government, yes? It is a known fact that the 2012 election will turn on this very question, and no other.

Cue inevitable lament from superannuated liberal newspaper columnist about how the politicization of this issue by Republican lawmakers is utterly unconscionable, while the politicization of this issue on the part of Gov. Mike Beebe is the very mark of a savvy master straddler. Normally John Brummett would write that piece, but a couple of months back he retreated behind the walls of Fort Hussman. No one’s heard from him since.

Oh, Max Brantley at the Arkansas Times is worked up over this, too, with his customary mix of subtlety and carefully considered insight. He attributes the Republican opposition to Obamacare to “racism,” because that is an explanation that makes sense. Go read his post and then call 911, because, seriously, I’m pretty sure he’s having an aneurysm.

UPDATE: More from The Tolbert Report, including responses from GOP Minority Leader Rep. John Burris and Lt. Gov. Mark Darr. Jason also gets a couple of rogue Democratic lawmakers, Rep. James McLean and Rep. Nate Steel, on the record talking trash about setting up the exchange.

So wait, does that mean opposing the health care exchange is the bipartisan position, and supporting it is now the rigid partisan position? Sounds about right, but don’t tell Democratic-lockstep blogger and noted ridiculous person Michael Cook.

2 thoughts on “Now Let’s Shed A Tear For The Arkansas Health Insurance Exchange! But Not Really (Update!)”