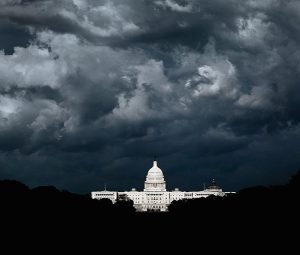 This morning, the Arkansas Democrat-Gazette revealed that the costs for the Obamacare “private” option for April have increased once again.

Last week, Forbes reported that the total cost for the premiums for the month of March was $485.77 per person. This represents an 11% cost increase over the original projections. However, this figure included only the monthly premium costs, omitting costs for “wrap-around” services that are not covered by enrollees’ insurance plans. For the month of April, the total premium cost now rests at $490 per person. Add in another $6 average cost for the wrap-around services, and the per-month per-person costs is $496. This puts monthly costs roughly 12% over original projections.

The cost overruns are a political scandal of their own — but that’s not the only controversy developing in Little Rock today.

Rep. Farrer, That information is not yet available, but I expect to get it this week. I will pass it along as soon as I do.

It looks like, according to the email exchange between Farrer and Webb, Webb may not have received this first email, but she did write him this week (Tuesday, April 15th) to tell him that she would provide him with the information. The next afternoon, (Wednesday, April 16th) Webb told Farrer again:

We are working on developing a report and gathering this data. I’m not sure how long that will take (hopefully not longer than a week or so), but I will make sure you have the information when it is available.

But Rep. Farrer never received the numbers he requested from Webb. Imagine his surprise when he woke up this morning and saw the Democrat-Gazette’s report on the new numbers, complete with comments from other legislators and the state’s Medicaid director.

The timeline is important here: Wednesday afternoon, Webb said she wasn’t sure how long it would take to get the info, but suggested it could take about a week. By Thursday evening, the Dem-Gaz story was on its way to print and it was published this morning.
“I was stunned,” Farrer said. “I requested these numbers over a week ago and I never got them. Instead, they were given to the Medicaid director and other lawmakers for their comments to the media. Senator Bryan King was right when he said there’s a real effort here to keep this information hidden.”

Farrer added that he has spoken with Webb and she apologized for failing to notify him of the new cost numbers:

She apologized to me and said she forgot to send me the numbers. I accept her apology, but it’s hard for me to understand how she forgot to send it. We’ve been emailing back and forth about this issue for days. She told me she was going to have to do specific work and research to gather the information for me. If she knew she was doing the research at my request, how did she forget to send it to me? It’s just hard for me to understand. I still have not received the information that I asked for.

Farrer said this is simply the latest example of what’s wrong with state government:

This lack of transparency and accountability, I think really shows why people are upset with government. If I as a legislator can’t get the information I request, can the people of Arkansas really expect to have a fair look at how their dollars are being spent?