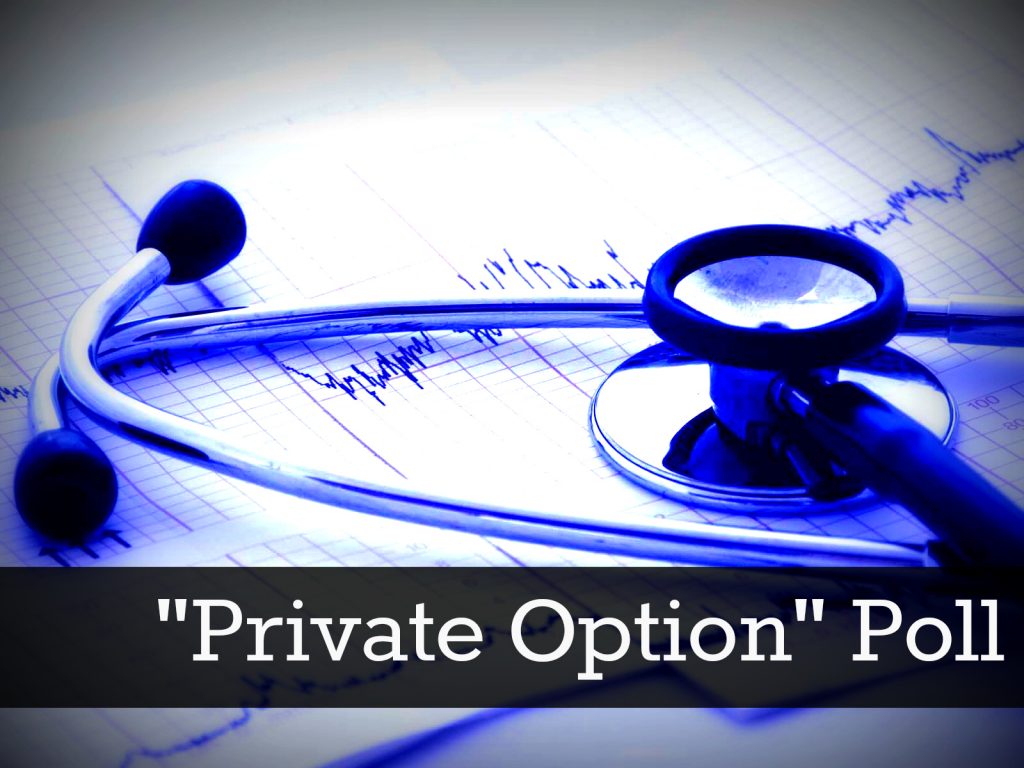 Today, as the Advance Arkansas Institute kicks off their Medicaid town hall tour across the state, AAI has released a new scientific poll on the “private option” plan. The Senate passed the plan on Friday, although the results of this survey suggest that a 75 percent vote (which will be required in order to spend Medicaid money) will be difficult to achieve.

According to the poll, a plurality of Arkansans are “less likely” to support expansion under the private option model — they would rather adopt traditional Medicaid expansion as set forth in Obamacare than adopt this hybrid plan.

There are many more interesting findings in the poll that will no doubt prove to be great talk radio and blogger fodder. To get the full details of the poll and the methodology, hop on over to AAI’s website.

Now, I know some Arkansas lawmakers have already expressed their lack of interest in this poll, nobly declaring to the world that they “don’t need a poll to tell them what to think.” All kidding aside, I applaud that thinking in general: I have often railed against “poll-tested politics.” Politicians should make their decisions based on principle, not polls. However, if you were elected on a platform of resisting Obamacare, and a poll shows that significant numbers of Arkansans still want you to pursue that course, perhaps the people are worth listening to.

Public opinion polls shouldn’t change principles. Rather, they should be used as a measure of how closely your principles, which you were elected on, match the principles of the electorate. In this case, it seems clear that substantial portions of the people of Arkansas don’t want the “private option,” a position consistent with the principles that a majority of legislators were elected on. Will they listen?