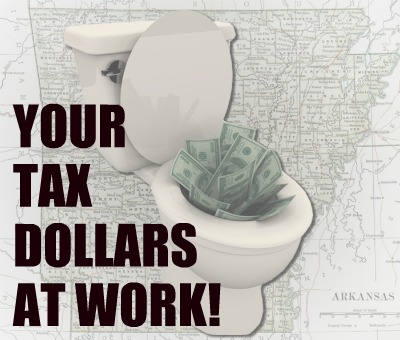 Now that the financial shenanigans at the troubled Arkansas Forestry Commission have been flushed into the open and the appropriate heads have rolled (Forestry Director John Shannon, RIP), the realization is settling in that the mismanagement at that agency may not be an isolated case.

Thus, the bureau’s John Lyon reports, Gov. Mike Beebe and state finance chief Richard Weiss are responding to the sensible calls for greater attention to just what the hell is going on at all these executive branch agencies:

Weiss said the [enhanced budget watchdogging] job should be possible with DF&A’s existing manpower. Asked why it was not being done before, he said that level of scrutiny was not previously seen as necessary.

“The system we’ve had up until this point has done us well,” he said. “We have kept out of trouble, we have kept out of having deficit spending or any of these other things. This illustrated, though, that you could have people go out and certify things that weren’t necessarily true, so we’re going to try to monitor it more closely, as audit suggested.”

Well, yes, the “system we’ve had up until this point has done us well” and “we have kept out of trouble” insofar as no one asked any questions about potential financial mismanagement, and so it didn’t come to light.

But this is a salutary development, if it means that we’ll get closer scrutiny of some of these agencies that have been misusing and abusing taxpayer funds. Especially those agencies that function that are pass-throughs for large amounts of federal funding. But I can’t think of any right now (cough*Department of Workforce Services*cough), can you? No, nothing comes to mind.

In the same story, House Minority Leader John Burris offers up a vision of the future tinged with dark foreboding:

Burris said that especially with large amounts of federal stimulus money at their disposal, state agencies see one-time federal money as a means “to prop up problems in state government instead of solving them.”

“Games with numbers isn’t new in state government,” he said. “I don’t think this is the last time we’re going to see this happen.” (emphasis added)

On a related note, did you guys watch the opening of the 2012 fiscal session? I watched it on the teevee. It’s always a stirring occasion— lawmakers gather in the spirit of legislative bonhomie, Gov. Beebe delivers an utterly forgettable speech, and then everyone heads to the Capitol Rotunda for the ceremonial lighting of John Brummett’s mustache. Really brings makes you proud to be an Arkansan, it does.