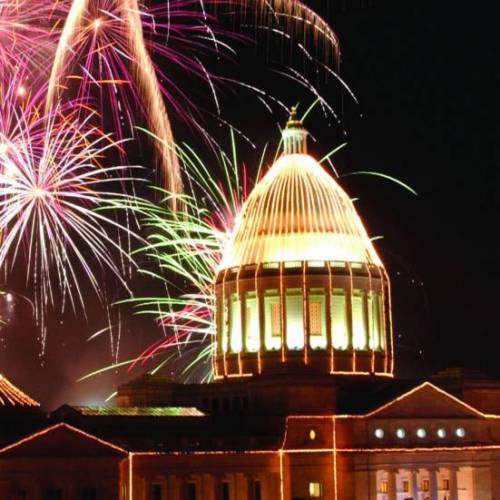 You’ve already heard a great deal about the vote on the Obamacare exchanges grant that happened this morning. But here are a few other things I learned while visiting our state’s Capitol yesterday:

1. Planned Parenthood is receiving over $250,000 in state funding through just two grants. Rep. Debbie Hobbs, AAI Friend of Freedom and all-around great legislator, brought the issue to light in this morning’s meeting of the Legislative Council. There was a request on the agenda to approve additional grant funding for Planned Parenthood for “syphilis and HIV education.” Before the item could be passed through quickly, Rep. Hobbs requested to hear testimony from representatives from the Dept. of Health.

Currently, Planned Parenthood receives two grants from the Department of Health: one for $52,000 and one for $200,000. The department was requesting an additional $33,000 to give to PP. Representatives from the department originally told Rep. Hobbs that the funding went only to education, but then amended that statement to include “testing for HIV and counseling.” Ladies and gentlemen, your tax dollars at work!

Like Rep. Hobbs, I too was unaware that the Department of Health was a grantmaking organization — particularly to groups like Planned Parenthood that perform abortions. Rep. Hobbs suggested that the money might be better spent going directly to schools rather than to third party organizations. To that I offer a hearty “second.”

2. Some Arkansas legislators don’t support Israel. Senator Jason Rapert introduced Interim Resolution 2011-010 in today’s ALC meeting. The resolution “urges Congress and the President of the United States to stand beside Israel in the face of increased attacks upon Israel as a sovereign nation, to honor our nation’s long-standing relationship with Israel as an ally, and to support the Arkansas Jewish Community and the Nation of Israel.” It carried with a voice vote, but there were several audible “nays” from the left side of the room.

3. There is a “church carry” bill forthcoming. Senator-elect Bryan King tells me there will be a church carry bill filed next week — that is, a bill that permits those who enter houses of worship to carry concealed firearms. King will be the lead sponsor in the Senate and Rep. Nate Bell (R-Mena) will carry the bill on the House side. No specific details on the bill yet, but gun rights activists tell me they’re hopeful for a bill that gives churches a choice in whether or not to allow carrying of concealed weapons, as opposed to a mandate from the state requiring that they allow weapons. Three cheers for real separation of church and state!

Merry Christmas to all! Your government loves you.