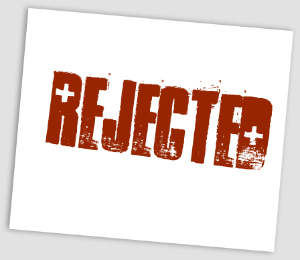 OK, here’s what I need you to do: Take the back of your fingertips and place them underneath your chin, back kind of near your throat.

Got it? Great. Go ahead, do it again. OK, that move—the chin flick, a rough gesture of dismissal—is basically the message that six Arkansas GOP legislators sent to Gov. Mike Beebe and Insurance Commissioner Jay Bradford in this letter today outlining their opinions on setting up an Obamacare health insurance exchange for Arkansas. (Link opens as PDF)

At a Monday hearing, you’ll recall, Bradford asked lawmakers to signal their support for his department to move forward with a request for a federal grant of some $3.8 million to continue planning the exchange in Arkansas. In response, a feisty sextet of state legislators delivered their letter today. A taste:

At this time, we oppose the Governor moving forward with any additional spending as it relates to implementation of the [health insurance exchange]….

…The current debate seems to have been narrowed to “if we don’t do it, they [i.e., the feds] will.” We believe the issue to be more complex. Moving forward with planning for an exchange with monies completely provided by the Federal government obligates the state to the rules and regulations provided by the Federal government. This is not a decision of state vs. federal control. The seems to be a decision of “jump or get pushed.”

Boom! The lawmakers make it clear that they recognize that the sole responsibility for the decision rests with the executive branch, but they’re happy to share their opinions.

Just as I went to publish this, I glanced over at another tab and saw that, in response to this letter, Beebe’s mouthpiece told the AP that the governor probably won’t seek the grant after all. Well, OK, so much for all that. That was fun, but now it’s over. But at least you learned how to do the chin flick.