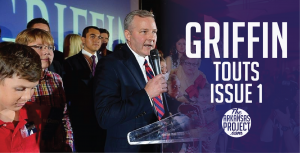 We haven’t even reached September, the traditional time when people focus on elections, and yet the debate over Issue 1 is going strong. That is to be expected since the passage or failure of this measure would have big consequences for Arkansas.

What are those consequences? Writing in Talk Business and Politics, Lieutenant Governor Tim Griffin does a great job of showing the benefits that Arkansas could see with tort reform.

Lt. Governor Griffin points out how the passage of Issue 1 can help the economy:

Our judicial system disqualifies us from competing for some jobs which pass over us and head to our neighbors like Texas. Just 15 years ago, the Texas legal system had a horrible reputation because it was easily manipulated. After Texas adopted lawsuit reform, its legislature commissioned a study that showed the fiscal stimulus attributable to lawsuit reform was almost $2.6 billion per year, resulting in almost 500,000 new jobs. In 2011, Federal Reserve Bank of Dallas President Richard Fisher said, “the most important thing that’s happened to us [for economic development] is tort reform,” noting that the relocation of companies to Texas is “largely driven” by lawsuit reform that makes businesses more willing to expand and relocate there.

He goes on to note its benefits for the future of medical care in Arkansas:

Arkansas suffers from a shortage of doctors and lawsuit abuse is, in part, to blame. Doctors sometimes must abandon communities they love or won’t relocate to Arkansas because of meritless lawsuits and the potential for unlimited non-economic damage awards. Studies have shown the failure to enact lawsuit reform costs our healthcare system millions of dollars annually. Arkansans shouldn’t have to drive past their local hospital because their doctors fear the potential liability of delivering babies. We rank last in emergency room environment of care, and our infant death rate is near the bottom. The American College of Emergency Physicians has said that “to help combat its workforce shortages and improve overall access to emergency care, Arkansas should enact medical liability reforms…”

The lieutenant governor is exactly right about how tort reform can improve health care in the state. This is something we’ve explored in detail on TAP, too.

Some opponents of Issue 1 like to paint the measure as an unprecedented change to the state’s legal rules. Lt. Governor Griffin demolishes that talking point:

Nineteen states limit contingency fees for attorneys. Thirty-three states have some form of damage caps, including all our neighboring states. Also, many states including Texas and Oklahoma cap non-economic damages lower than what Issue 1 proposes. In the federal court system, and in 16 states, the legislature has authority to approve or adopt court rules.

The lieutenant governor could have also noted that until Amendment 80 went into effect in 2001, the Arkansas legislature had the authority to set court rules. Issue 1 is clearly not a “power grab” or an infringement upon the separation of powers.

There is a lot of misinformation out there about what issue 1 will do and won’t do. It’s great to see Lt. Governor Griffin weigh in on this important matter to explain the benefits of tort reform.