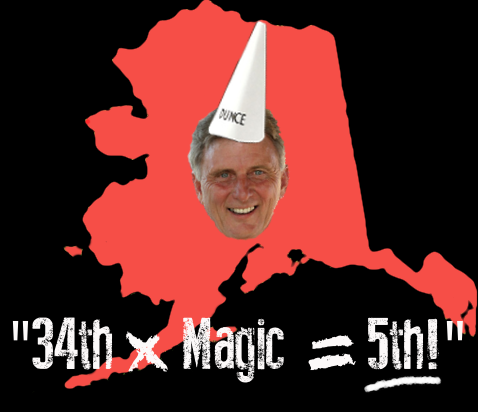 I know we’re already “5th in education” in Arkansas, so we should probably just declare victory and move on to other more meaningful tasks, like entrapping 35% of Arkansans in the Medicaid program. But, just in case that ranking is wrong and, I dunno, we’re actually 34th in achievement, maybe we should talk about some ideas for improving Arkansas’ edukashion sistem? Ya know, jest in kase.

Good news: the folks at the Arkansas Reform Alliance are on it! In fact, they’re hosting an education policy summit in Little Rock this very week!

The shindig begins at 9:15 a.m. Tuesday in the Capitol rotunda for a rally with former Florida Governor Jeb Bush (here’s hoping he stops by Gov. Beebe’s office and gives him a few ideas for Medicaid reform before he leaves).

At 11:30, the summit moves to the Doubletree Hotel for lunch and registration. The afternoon docket is jam-packed with all-star speakers, including Advance Arkansas Institute’s Dan Greenberg (that guy is everywhere) and Talk Business’s Roby Brock as moderators. Panelists include:

Laurie Lee, executive director of the Arkansas Reform Alliance, had this to say about the event:

“We need to give parents more choices. Those children who are relegated to failing schools because of their zip codes are destined for failure because the adults in charge of the system refuse to think outside of the box.

Americans have always been people who believe you can be whatever you put your mind to because we have access to quality education, but that is simply not the case for the majority of Arkansas’ children when 2/3 of our public schools are on the “Needs Improvement” list.

Until those with the power to assert change accept Arkansas is in an education crisis, we are telling our children, their families and future generations that we are not capable of ensuring ALL Arkansas children have the opportunity to realize the American Dream because of where they live.”

If you are interested in attending the summit, there is no charge for registration. Simply follow this link, submit a copy of your high school transcript (ok, not really), and show up on Tuesday!