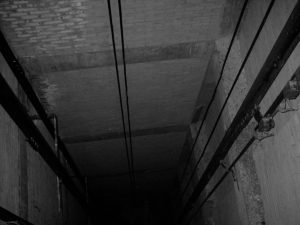 Representative Kelley Linck has filed a bill, HB1538, that will exempt the Capitol Hill apartment building from certain aspects of elevator safety law. For those of you who are unaware, Capitol Hill Apartments is where many legislators reside during the legislative session. The bill is very short (you can read it for yourself here) but it sends a very bad message to the people of Arkansas.

This bill appears to exude a certain level of arrogance on behalf of lawmakers — think “good for me, but not for thee.” It tells the people and businesses of Arkansas, “We want you to obey these safety rules, but we are really smart and talented. We don’t really need to be told what to do.” Kind of like Congressmen exempting themselves from Obamacare. Unfortunately for us, the people of Arkansas don’t get to choose to opt out of these types of government mandates. It sure seems unfair that lawmakers get to make special exceptions for themselves.

Determined to get the rest of the story, I gave Rep. Linck a call. He was gracious enough to visit with me this evening, after working hours.

To begin, Rep. Linck explained to me that the Capitol Hill Apartments’ elevator has been out of code for several years. In order to get it up to code, the state would have to spend an “atrocious amount” of taxpayer money — upwards of $1 million. From my understanding, there are two substantial problems with the current elevator system: 1. There is no firewall between the two elevators that are in the same shaft and 2. The current elevators are not big enough to accommodate a stretcher. Both of these problems seem to violate existing law.

I think there may be a cheaper way to fix it. I’m hearing less than a hundred thousand dollars versus over a million — [that’s] the original number I was told because we’d have to build a whole new shaft perhaps in order to get the firewall in between the two elevators. We’d have to build a shaft separate for the freight [elevator] on the outside of the building. And you say, ‘Heck, why do you need a freight elevator?’ Well, apparently buildings that are X amount of feet tall have to have a way to get like a body board or a stretcher and for emergency crews…a people elevator is not big enough to put one in. So we’d have to have a freight elevator in order to haul an injured person up or down because, I guess, of the height of the building.

Linck admitted that elevator code and construction is not his expertise, but this is the current dilemma as he understands it. He said he believes the building has been out of code since 2005 or 2007 — at that time, it was granted a variance (an exemption). His bill would make that exemption permanent. He added that he hoped his bill could be dropped and that the state could get the building up to code for a “reasonable amount of money.”

As it stands, lawmakers have basically three options for how to proceed:

1. Pay to fix the elevator and appear to be very much acting in the self-interest of legislators.

2. Give the building an exemption and very much appear to be acting in the self-interest of legislators.

3. Let the building remain out of code and do nothing about it, in violation of the law.

Obviously these are complex options that each carry their own benefits and pitfalls. Linck is in no way naive about the weight of the situation:

There’s also a little bit of a disagreement on some of the estimates of what it would take to fix it. So we as a legislature are kind of sitting here between a rock and a hard place. We can either write ourselves an exemption that looks like it’s incredibly selfish and self-serving versus spending what some estimates are telling me would be an atrocious amount of money to get this, to get a firewall in there…get this elevator system up to where it would pass all codes which would also look like it was self-serving.

We’ve got all these people needing jobs, we’ve got all these things going going on and the legislators go and vote themselves a bunch of money to spend on an elevator. But we look incredibly self-serving too if we write an exemption, like I’ve done, just for our elevator. It don’t look good either way. So I knew the situation I was kind of putting myself in when I agreed to take on the bill but…also we don’t want to spend money if we don’t have to.

There’s no doubt this is a sticky situation. Rep. Linck himself said it “opens up nasty things.”

Along those lines, I told Rep. Linck about my concern that permanently exempting the building could easily been seen as a tacit admission by the state that these types of regulations really aren’t necessary. I added that, unfortunately, Arkansas businesses can’t just pass an exemption for themselves. If it costs them $1 million to get their elevator up to code, the state says, “You have to pay $1 million to get up to code or we are going to put you out of business.”

So there we come across as self-serving…but on the other hand, that’s $1 million in taxpayers’s money — people would look at that as ‘you’ve gotta be kidding me!’

Finally, Rep. Linck mentioned concerns about “me toos” coming along if the state decides to adopt the exemption — that even if the state says there will be no private exemptions, universities or other public entities may come along asking for their own special treatment because, well, the legislature gets to. These are very legitimate concerns, but Linck didn’t specify how he thinks the state should deal with them.

After our visit, I do not view Rep. Linck or his approach to this issue as arrogant. Quite the opposite: he answered some tough questions head on and with humility, admitting he does not have all of the answers here. With that said, I believe he has made the wrong choice. The entire issue is a great case study on government regulations. Should government live under the same rules they require for us, or should they be allowed to exempt themselves (in order to save our money)? Should they be forced to deal with the same negative consequences that real people have to deal with every day?

1. These regulations are burdensome. It bears repeating: if an Arkansas business is required to spend $1 million to bring their elevator or some other system up to code and they do not have the money, they go out of business. If that’s not a burden, I don’t know what is. Is this fair? Government, in its own self-interest, should be looking for ways to make entrepreneurship easier, not more difficult. Instead they’ve made it incredibly difficult just to start a business, much less maintain a business and achieve profitability. The most appropriate answer to government’s excessive regulations is not exemptions for the select few but an elimination of the burden for everyone.

2. These regulations are unnecessary. Certainly lawmakers would avoid passing a law that will endanger themselves. So with that in mind, doesn’t that suggest that these regulations aren’t necessary? And if they are unneeded for the Capitol Hill Apartments, are they needed for other elevators in Arkansas?

3. Government should be more mindful of the real-world problems it creates. As stated earlier, and as Rep. Linck acknowledged during our discussion, the people of Arkansas don’t get exemptions from government regulations — unless of course they’ve figured out a way to “game the system.” They are forced to live under the rules, no matter how ridiculous or costly they may be. If they cannot afford to comply, the state shuts them down. Period. Rather than look for ways around these unpleasant hurdles, government should realize what a mess they’ve created and take steps to simplify their rules. Lawmakers should heed the old saying that goes: “God said to take what you want — and pay for it.” The point of this saying is that you can’t just abide by its first part, but ignore the second.

I admire Rep. Linck for taking on this tough issue and for trying to save taxpayers money — God knows we need more politicians that make this their focus. He has made a tough choice, but I think he’s made the wrong one. I would much rather see him give exemptions to all elevator operators in the state, not just government. As it stands, government should have to play by the same rules as the rest of us. The harsh political reality of this dilemma should open eyes to the havoc that excessive regulations can wreak.

One commenter on a local liberal blog said Rep. Linck’s bill “is the best bill of the session,” presumably because the commenter wants lawmakers to die from faulty elevators. I have no such desire. I just want them to play by the same rules as the rest of us, and if this bill is an admission that elevator regulations are unnecessary, the people of Arkansas deserve the same rewards of less government intervention.

(Rep. Linck mentioned in our interview several times that he hoped all of the decision makers involved could come to an agreement and he would not have to run his bill. However, he called me back later in the evening to tell me that he will be running his bill this morning in the House State Agencies Committee. They will meet at 9:00 a.m. You can tune in live here.)

2 thoughts on “Legislative Free Fall: Are Taxpayers Getting The Shaft?”