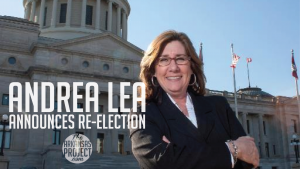 I’m excited and hopeful to continue serving the people of Arkansas. Implementing conservative reforms and reducing government spending is not just a talking point. I have put the idea in practice and Arkansans are receiving a better bang for their buck because of it. I’m proud of what we’ve been able to accomplish and look forward to finding more efficiencies while also providing superior service to Arkansans.

A spokesman for Lea told The Arkansas Project she’d reduced staff by 28 percent since taking office by leaving 8 positions unfilled. These reductions have resulted in annual savings to the state of $578,238 annually.

They were various staff positions in all departments of the office. When someone has left or retired, we have simply not filled the position.

Covert said the staff reductions haven’t led to any reduction in services to Arkansans.

In fact, the numbers suggest our service to be better than that of previous administrations. In unclaimed property/Great Arkansas Treasure Hunt, we returned over 5000 more claims to Arkansans last year than any year prior.

Since taking office, Lea has also returned $33,638,851 in unclaimed assets to the state general revenue fund.

Currently, no one else has announced a run to challenge Lea in 2018. Only time will tell if she’ll be unopposed, but it’s nice to see someone in elected office reducing government while still meeting the needs of constituents.