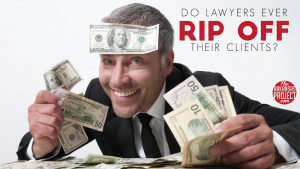 The tort reform amendment that Arkansas voters will consider next November has been the subject of some awfully strange criticisms. One such criticism was recently made by radio talker Paul Harrell, who explained that one reason he opposed the amendment was because “I don’t think attorneys should have the government tell them how much money is too much money — because that’s just wrong.” Harrell has explained that he is opposed to tort reform because it “limits how much attorneys can make.” Such statements misunderstand tort reform — under tort reform, attorneys will be allowed, as ever, to make as much money as they can. I think what Harrell is talking about is the amendment’s regulation of contingency fees — under the proposed tort reform amendment, lawyers will no longer be able to collect contingency fees greater than one-third of the recovery that they produce. (So, for instance, if an attorney brought home $90,000 for a client, the lawyer would be able to keep no more than $30,000 in compensation.)
There are, of course, other Arkansans who argue that the state shouldn’t put any particular limits on contingency fees. However, most of those other Arkansans are trial lawyers — who typically argue that attorneys have a duty to look out for their clients’ best interests, so of course it’s absurd to think that attorneys could act in a way that would be detrimental to their clients.

That may be a nice theory, but it doesn’t always work that way in real life. Attorneys are supposed to represent clients, but — like the rest of us — sometimes they pay lots of attention to their own interests. Even though attorneys are required to further the interests of their clients, they may be tempted to act in a way that brings more benefits to them than to the clients they represent.

We all know that attorneys sometimes do a sub-par job of representing their clients. Here’s an example, starring liberal Little Rock trial attorney Matt Campbell — the creator of the infamous Blue Hog Report.

Matt Campbell recently signed off on a class action settlement with Facebook. Matt’s chief job, as the lead plaintiff in the lawsuit, is to help his fellow lawyers create a settlement that treats every class member fairly — for which, in return, he’ll collect a cool $10,000 paycheck. I think that just about anyone who examines this settlement will conclude that Campbell failed to do his job. I’ve summarized some of the issues with this settlement below: they illustrate, in my opinion, that this settlement serves the interests of trial attorneys, not their clients.

The theory of this class action is that Facebook wrongfully kept track of the names of websites that Facebook users sent to each other via Facebook Messenger. The terms of the settlement require Facebook to provide a $3.8 million payment to the class attorneys — and to provide 22 additional words on Facebook’s “Help Center” page for Facebook users. In a class action suit, clients are supposed to receive the largest part of the settlement. (Speaking generally, the benchmark under local law is that clients are supposed to get around 75% of the benefit from a class action, while their lawyers are supposed to get around 25%.) In this case, it seems that 100% of the benefit went to the attorneys — that is, unless you assign any value to 22 added words on Facebook’s Help Center page. As a Facebook user, I do not.

In addition, settlements are supposed to compensate people based on the harm done to them. In this case, the alleged value of the settlement consisted entirely of a promise to treat Facebook users better in the future. It provides no compensation to the Facebook users who were allegedly harmed by the company’s past actions — which, of course, was the entire justification for the suit. Instead, it provides compensation solely to the attorneys who brought the case.

The lawyers also tried take credit for some policy changes made by Facebook — even though the company had already committed to most of these reforms before the lawsuit had ever been filed. In reality, these lawyers demand $3.8 million for bringing a case that delivers no compensation to their clients — but merely allows Facebook to jettison any liability in exchange for writing a check to a couple of lawyers and publishing a 22-word explanation that very few people will read. (After all, when was the last time that you looked at Facebook’s Help Center page?)
Class action settlements require reasonable methods to be taken to notify members of the class. Sadly, this is another respect in which the settlement that Campbell approved was defective. Here is a riddle for you: if you were in charge of Facebook and wanted to notify Facebook Messenger users about a pending settlement involving Facebook Messenger, what would you say is a reasonable way to notify them? In this case, it seems like a Facebook message is the way to go, since all of the clients were Facebook Messenger users. That is, this would be sensible if attorneys had the best interests of their clients at heart. Instead, the settlement notice consists of documents posted on two law firms’ websites, one of which is not accessible by Internet search engine.

In short, this is a settlement that seems to demonstrate two propositions: first, sometimes lawyers take too high a percentage in contingency fees; second, some contingency fees need to be regulated to protect the consumer. This is a settlement in which, arguably, 100% of the benefits go to the lawyers. It raises the question of whether lawyers were acting in their own interests or in the interests of their clients. Considering who received $3.8 million (and who received 22 words on a website), the answer to this question seems pretty clear to me.

II.
Arkansas law recognizes the dangerous consequences of contingency fees in other contexts. Lobbyists can’t be paid on a contingency basis, for instance. Lawyers can’t be paid on contingency in criminal cases or in cases involving child custody. There is also a long-standing recognition that doctors can’t be paid through a contingency fee arrangement. In all of these cases, because of the unique nature of the work being done, we recognize that paying someone only if they achieve a desired result would give them incentives that could be detrimental to the client — and, more generally, to the public.

Even lawyers recognize this, or at least they should. The Arkansas Rules of Professional  Conduct only permit “reasonable” contingency fees. The drafters of these rules understood that there ought to be some boundaries on the level of fees that lawyers may charge. Every contingency fee that is part of a class action settlement has to be independently evaluated for fariness by an independent court at a special hearing; because of the many departures from fairness in the Facebook settlement that I’ve outlined above, there is a significant chance that the court will reject the settlement that Campbell has approved.

I hope the above explains two things: why the law does disfavor certain kinds of contingency fees, and why the law should disfavor certain kinds of contingency fees. At the Advance Arkansas Institute, we are in favor of freedom of contract. However, there is an exception to freedom of contract when there’s a danger that a fiduciary agent, such as a lawyer, treats a client’s interest as inferior to his own — because those agents have an ethical responsibility to put their clients first. It looks to me like Matt Campbell is getting paid $10,000 to do no more than sign his name to a piece of paper, since I fail to see how this settlement did anything for the interests of the people he’s supposed to look out for. The settlement that Campbell signed off on is a perfect demonstration of the abuse that can exist when it comes to contingency fees — and the reason why it is appropriate for the state to regulate them. An agreement between an attorney and a client isn’t like an agreement between two equals — the client has taken the attorney into his or her confidence; the client has likely disclosed his or her economic circumstances to the attorney; the client is entitled to rely on the attorney to respect the client’s best interests. Preventing lawyers from taking (for instance) half the value of their clients’ lawsuits for themselves is a consumer protection measure that blocks self-dealing: it’s a method of enforcing ethical rules against lawyers who behave unscrupulously.
To sum up: I like freedom of contract. But it’s puzzling that some self-styled conservatives seem to think that all contracts should be honored, even those which plainly violate professional ethics — in particular, contracts that violate the fiduciary duty of agents to respect the interests of their principals. Suggesting that free markets should operate inside of fiduciary relationships is a serious misunderstanding of the way that fiduciary relationships are supposed to work. Let me repeat: The attorney-client relationship has consequences — clients believe that they can tell their attorney things in confidence, and can rely on the attorney for disinterested advice, because they have been told that the attorney will respect and advance the client’s interests. The attorney-client relationship is fundamentally different from the relationship between two businesspeople at the bargaining table; indeed, the attorney-client relationship is supposed to take certain kinds of business deals between attorneys and clients off the table. (That’s why whenever an attorney makes a business deal with a client, the attorney is required to advise the client — in writing — that it would be a good idea to get a second lawyer to look over everything to ensure that it respects the client’s interests.) An unscrupulous attorney’s departure from professional ethics shouldn’t be honored. I can understand why some trial attorneys might make the opposite argument (self-interest is a powerful motivator), but I’m surprised that Paul Harrell is along for the ride. The practice of law is highly regulated, and one reason it’s regulated is that lawyers who pay insufficient attention to the interests of their clients can easily end up with a conflict of interest. The notion that it’s impossible for lawyers to rip off their clients by means of contingency fees is a very strange idea — but it appears to be part and parcel of the idea that Paul Harrell is defending.

12 thoughts on “Do Lawyers Ever Rip Off Their Clients? Don’t Ask Paul Harrell!”