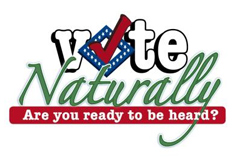 I am not sure I like the idea of being known as a ‘vote fraud expert’; nonetheless, I accepted KATV’s invitation to discuss vote fraud yesterday.

I thought Jeannette Reyes’s report on the proposed requirement for voters to show ID at the polls was fair overall; of course, she is handicapped by the inherent challenges of TV, which only gives her a few minutes to explore a complex issue.

I particularly appreciate that Reyes relied on the AAI paper on vote fraud that we published last year. As I discussed in that paper, the opponents of voter ID must face an inconvenient fact, which is that voter turnout often rises when voter ID protections are written into law – even and especially among blacks and Democrats, despite the allegation that voter ID laws will dampen turnout.

At the end of Reyes’s report, she discusses the fact that voter turnout jumped in Georgia from 2004 to 2008, especially among blacks and Democrats, after voter ID protections were passed. She then suggests that this might be caused by Obama’s presence on the ballot, but this seems to be a poor explanation: neighboring Mississippi saw no such jump, but Obama was on the ballot there too. Similarly, Indiana (another state that imposed voter ID laws) saw the largest hike in Democratic turnout in 2008 in the country, but neighboring Illinois’s Democratic turnout had an increase less than half of Indiana’s.

In short, the evidence suggests that the voter suppression that opponents of voter ID talk about apparently does not exist.

My favorite fact about voter ID is based on Attorney General Eric Holder’s argument that voter ID laws threaten our constitutional rights. Did you know that if you want to go inside the Department of Justice’s headquarters, you’re going to have to show an ID? Apparently, the right to petition the government is not actually a constitutional right.

One thought on “KATV Interviews Greenberg on Voter Fraud”