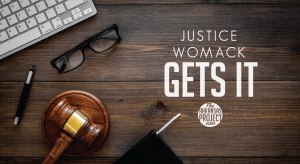 Arkansans’ chances to enact lawsuit reform are dead for this year. You can thank a misguided ruling by the state’s Supreme Court for that; earlier this week, it decided to exercise a judicial veto so as to invalidate whatever decision about lawsuit reform that the voters might make.

The ruling was 6-1, with Justice Shawn Womack dissenting. Reading the opinion, it appears that he is the only justice that bothered to pay attention to the law. Justice Rhonda Wood concurred with the majority opinion, but her concurrence is in some respects more troubling than the majority opinion.

The main point of the majority opinion was that the four parts of Issue 1 were not “reasonably germane” to each other. This is a standard set by a 2011 case, commonly known as Forrester. The majority decided that the first part of Issue 1, dealing with limits on contingency fees, had nothing to do with Sections 3 and 4, which deal with judicial rulemaking procedure. Since the two parts are not germane, the court held, then Issue 1 is unconstitutional.

There are numerous problems with this reasoning, as pointed out by Justice Womack’s dissent and even Justice’s Wood’s concurrence.

The first is that the words “reasonably germane” do not appear in the state constitution. They come from the Forrester decision, which imported them from California law. However, as Justice Womack points out, “In assessing germaneness, both among amendment components and to a general subject, the Forrester court was, to put it mildly, not very demanding.” In other words, Forrester set a very low bar in terms of assessing whether or not the parts of a ballot issue are germane to one another. The Forrester court found that the general subject of the amendment was considering was “economic development and debt obligations” — notably, this means that, in the past, the standard for what makes for a general subject is so loose that it can encompass two different general categories. Because the Supreme Court used the “reasonably germane” test from Forrester, it should have used this test in just the same loose way it has been used before in order to assess Issue 1. It did not.

Justice Womack goes on to note that other challenged amendments have been held to a far more forgiving standard. Nonetheless, for Issue 1 the court held the proposed amendment to a much higher standard than it had other amendments in the past. The general connection between the Section 1 and Sections 3 and 4 would be perfectly passable under the “not very demanding” Forrester standard.

In essence, the Supreme Court used a phrase from Forrester, “reasonably germane,” to invalidate Issue 1, but did not actually use the “reasonably germane” standard laid out by Forrester. In effect, it made up a new rule for the lawsuit reform amendment.

In her concurrence, Justice Wood points out that even if we use a higher standard than Forrester laid out, these sections are germane to one another:

In other words, the court misapplied the “reasonably germane” standard to invalidate Issue 1, but even using their new and more exacting standard, Issue 1 should have met it.

Justice Wood is, therefore, signaling that she subscribes to a very troubling doctrine — namely, that she has the professional discretion to ignore precedent that she doesn’t like. (It’s not the only time she displays disrespect for precedent in her concurrence, either: she notes that a previous case provides evidence for the proposition that the Court’s judicial power and liability limits are linked, but adds in a footnote that she does not want to commit herself to endorsing that case’s holding!)

However, Justice Wood’s concurrence serves a powerful educational function: namely, it demonstrates how disastrous it can be for courts to ignore precedent. She blithely concludes:

I am cognizant that many other legislatively initiated acts that would have failed this test in the past are now part of the constitution. They simply were not timely challenged. This court cannot look retrospectively at a proposed constitutional amendment it never had the opportunity to review.

This is so, so wrong. Here, Justice Wood is describing a universe that does not exist. The legislatively initiated acts she references would not have failed Wood’s test — because they never would have been subject to Wood’s test. They would have been subject to the law at the time — namely, the Forrester test. Wood is just wrong to say that they “simply were not timely challenged,” although it would be correct to say that Wood’s test simply did not exist at the time. It is brazen to make up a new test, insist that the public could (as if by telepathy) deduce years ago that the Wood test was in operation, and then blame the public for its inability to exercise psychic powers. Even though judges run for election in Arkansas, they’re still supposed to be bound by past precedent; the system of precedential constraints is supposed to make them something more than politicians in robes. Wood’s careless analysis, which ignores basic legal principles, makes her concurrence just as embarrassing as the majority opinion.

Justice Womack also notes that under the standard set by the majority decision, many past amendments would not have made it onto the ballot. This includes Amendment 80, which gave the judiciary sweeping and unprecedented authority. Justice Wood is fine with this outcome; Justice Womack sees this as supporting his contention that the decision, in this case, is insupportable.

With this decision, the Arkansas Supreme Court has made up a new standard for the approval of constitutional amendments. It has turned its back on decades of precedent by producing an incoherent decision. This is little more than legislating from the bench to preserve the power of the judiciary. It is sad that only Justice Womack recognizes the numerous flaws of the decision made by Arkansas’s highest court.